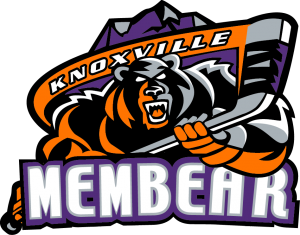 The Knoxville Ice Bears wish to show our appreciation to the fans who pack out the Civic Coliseum all season long! That’s why we’re giving away awesome prizes throughout the month of September! Each of our full-season MemBears are entered to win a drawing each weekday! You could win tickets to see the Nashville Predators, a ski day at Ober Gatlinburg, sign an Ice Bears contract for a day, meet Tennessee baseball coach Tony Vitello and more!

To enter: Sign up for a full-season MemBearship! If you’re already a MemBear, then you’re already entered into the daily drawings for your chance to win. Want to become a MemBear or upgrade your partial MemBearship to a full season? Call our office at 525-7825 to lock in your seats for the whole season! You can check out more MemBearship info here.

Opening Game Weekend. Win four tickets to our road game at Evansville on Saturday, October 22. Package includes a one-night hotel stay within walking distance of the Ford Center in Evansville, IN.

Concession Package. $100 in concessions at the Knoxville Civic Coliseum.

Riverboat Dinner Cruise. Win dinner for two on the water.

Disney On Ice. Win two tickets to a show at the Knoxville Civic Coliseum.

Lunch to MemBear Workplace. Have lunch delivered to your workplace by the Knoxville Ice Bears.

Contract for a Day. Sign a one-day contract with the Knoxville Ice Bears and experience being a pro hockey player.

NOTE: No purchase necessary. MemBears are limited to one (1) winning draw. Only full-season MemBears will be entered to win.