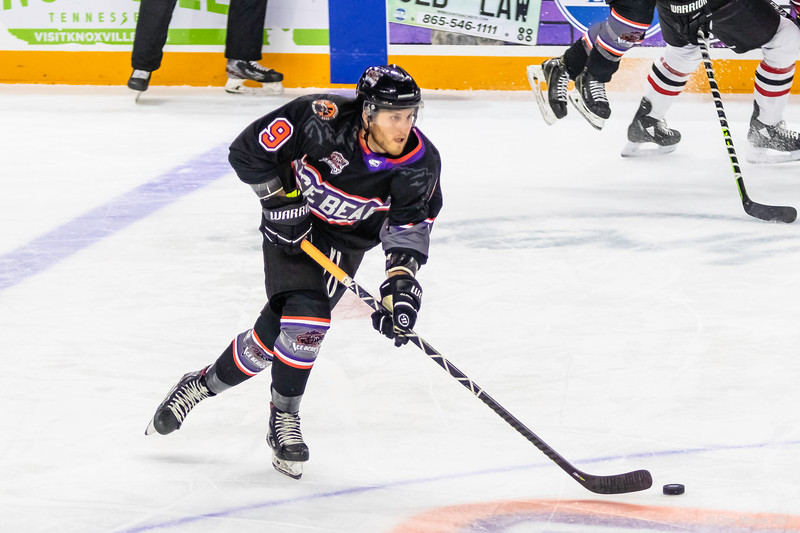 The Southern Professional Hockey League has announced Ice Bears forward Dino Balsamo as the Warrior Hockey / SPHL Player of the Week for December 20-26.

Balsamo had a three-point outing in Knoxville’s 3-2 win over Roanoke Sunday afternoon. Balsamo assisted on Andrew Bellant’s goal in the first period and scored off a redirect from Luke Erickson to tie the game in the second period.

After a scoreless overtime, Knoxville fell behind 2-1 in the seventh round of the shootout when Balsamo scored on his attempt to force an eighth round. Following a save by Kristian Stead, Balsamo beat Austyn Roudebush for the second attempt in a row to help the Ice Bears to their second straight win.

With fans like ours, it’s hard to beat this crowd noise.

Thank you, Knoxville, for being the best fans in the SPHL! pic.twitter.com/73EFQYZ9Dk

Balsamo leads Knoxville with 23 points this season after joining the Ice Bears in October via a trade with Macon. He has ten points in six games during the month of December thus far.