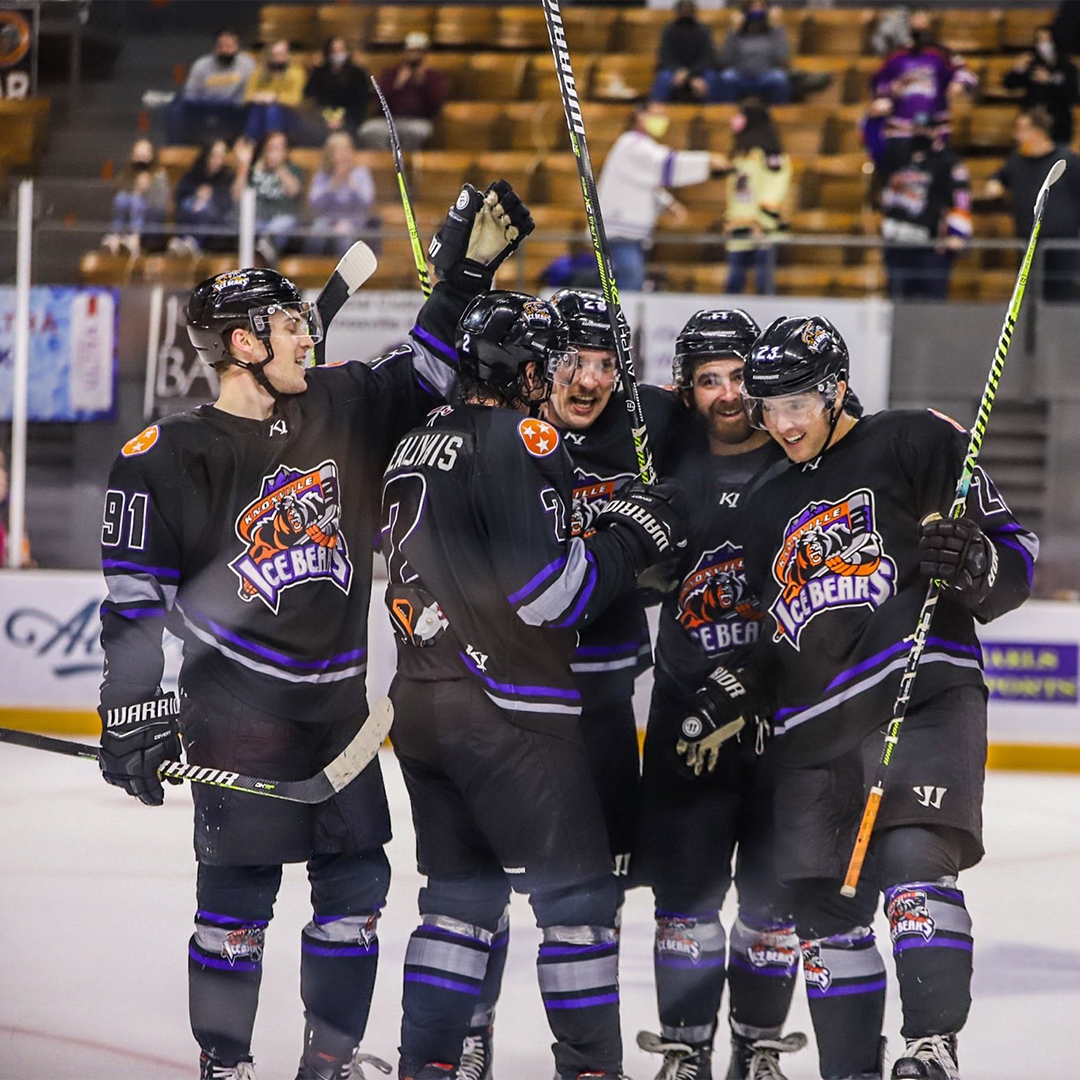 Benson erupted for three goals and two assists and the Knoxville Ice Bears defeated the Huntsville Havoc 5-1 Friday night at the Civic Coliseum.

The Ice Bears have won six straight games and eight in a row at home. Huntsville has lost three in a row and five of its last six.

Huntsville nearly took the lead early in the first period, but a diving effort by Austyn Roudebush thwarted John Schiavo’s try after appearing to create an open net for himself. Schiavo deked and Roudebush fell backward before diving to trap the puck in his glove.

Benson scored for the Ice Bears at 16:25 of the opening period to put Knoxville in front going into the first intermission. Brett Beauvais won the puck off the left wall and fed it to Benson, who split the pads of Max Milosek for his sixth goal of the season.

Huntsville tied the game when Matthew Barnaby’s pass from the left circle found its way through traffic and hit Derek Perl on the opposite side of the crease. Perl tapped it in past Roudebush at 10:47 of the second.

Knoxville regained the lead at 16:23 when Josh Thrower backhanded in a rebound after Nick Master won a puck battle behind the Huntsville net. The Ice Bears took a 3-1 lead into the second intermission when Benson notched his second of the night with a laser from outside the left circle.

Benson carried the puck from the neutral zone and through the right circle before feeding it across to Master on the left side. Master’s shot beat Milosek’s glove at 15:40 of the third. Benson completed the hat-trick with an empty-net goal with 48 seconds remaining.

Roudebush finished with 26 saves in his sixth win of the season. Milosek stopped 23 shots.

Knoxville will head to Pensacola for two games against the Ice Flyers on Saturday and Sunday. Huntsville will return home to host Birmingham on Sunday.