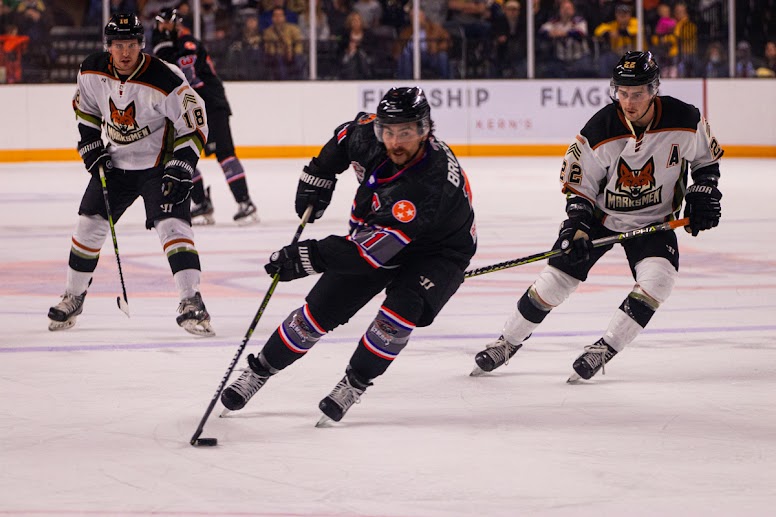 Andrew Bellant skated the puck behind the Vermilion County net and slid it to Brucato in the slot. Brucato broke to his right and lifted a backhand over Corbin Kaczperski for his seventh goal of the season.

Colton Fletcher tied the game in the third with a rebound goal at 2:17. Stepan Timofeyev made his way through the left circle and fired a shot that bounced off Kaczperski. The rebound slipped through the slot, where Fletcher pounced on a one-timer for his second goal of the year.

Knoxville scored the lone goal of the first period when Andrew Bellant found the net on the power play at 15:34. Dino Balsamo shot the puck from the right circle and the rebound came to Anthony McVeigh in the slot. McVeigh fed the puck to Bellant, who beat Kaczperski’s blocker.

Vermilion County (0-9-1) tied the game when Mike Tish scored from in front of the crease on the power play at 6:28 of the second. Dakota Ulmer feigned a shot from the blue line and instead slid the puck to a crossing Tish, who beat Jimmy Poreda for his second goal of the year. Justin Portillo scored on a rebound at 14:20 to give the Bobcats the lead going into the second intermission.

Poreda made 32 saves for his sixth win of the season. Kaczperski stopped 33 shots for Vermilion County.

Both teams are off until Wednesday. Knoxville will host Birmingham for its second meeting of the year against the Bulls while the Bobcats stay in Danville and welcome Peoria.