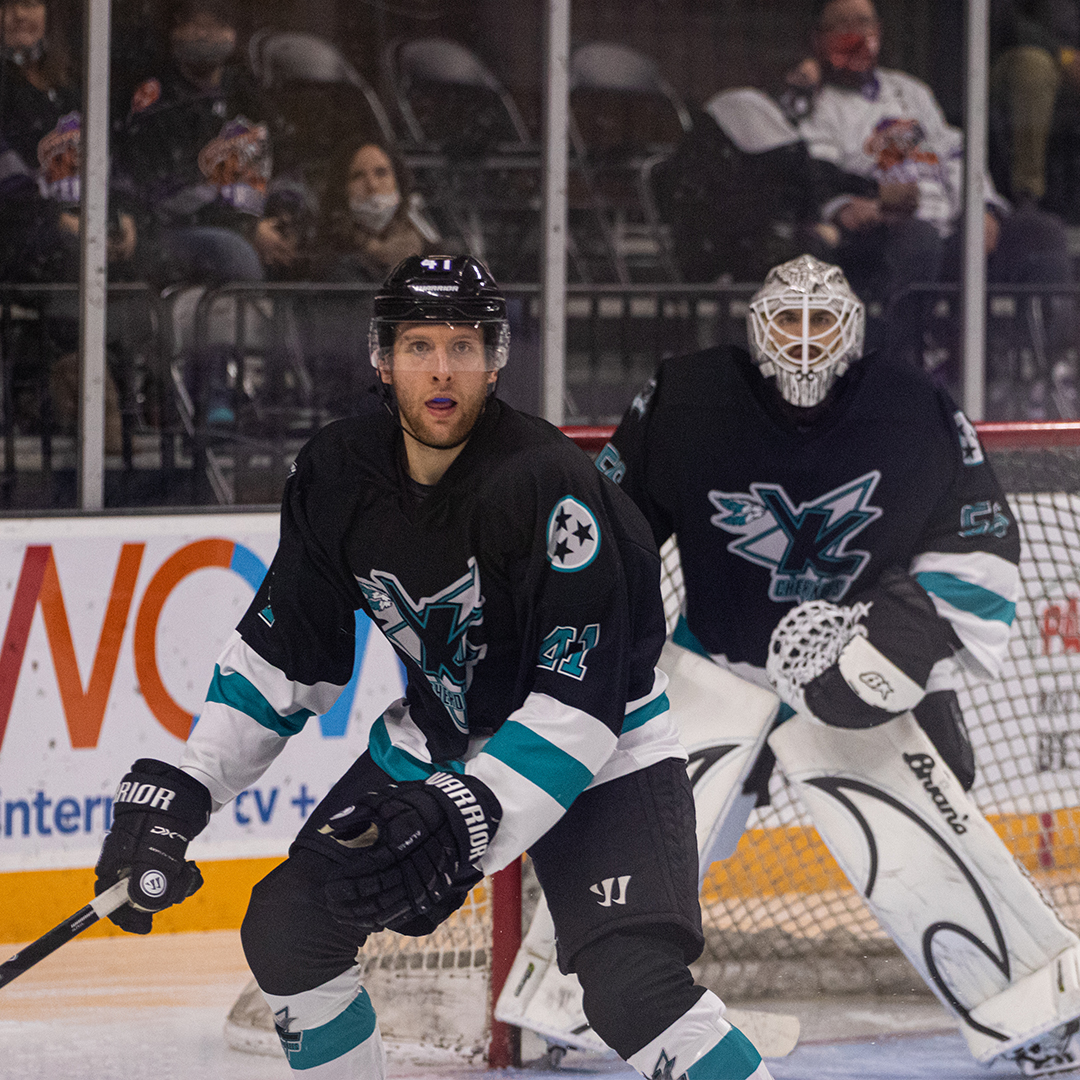 Scott Cuthrell scored in his return to put Knoxville ahead to stay and the Ice Bears defeated the Birmingham Bulls 4-2 on Thursday at the Knoxville Civic Coliseum.

Knoxville bounced back from a loss to Macon on Sunday. Birmingham has lost four straight. The Ice Bears have now won ten home games in a row.

Mathieu Roy scored 44 seconds into the game to put Knoxville in front early. Roy received an entry pass into the zone from Anthony McVeigh, skated around a defenseman, and slipped a backhand between Zach Quinn’s pads for his seventh goal of the season.

Austin Plevy extended Knoxville’s lead when he finished off a one-timer from a cross-ice feed from Johnny Curran at 9:47. It was Plevy’s eighth goal of the season and his first in ten games.

Birmingham cut the deficit in half when Cole Stallard finished off a two-on-one at 4:21 of the second. Logan Nelson fed Stallard in the right circle and Peter Di Salvo got a piece of the puck before it skipped across the goal line.

Knoxville jumped back to a two-goal lead when a turnover at the blue line led to Cuthrell having open ice down the left-wing. Cuthrell skated through the left circle and fired a wrist shot past Quinn to make it 3-1 at 12:23.

A defensive zone turnover in the Knoxville zone led to Mike Davis having a clear path to the crease, where he slipped a backhand behind Di Salvo to cut the deficit to one again at 15:31.

Nick Master scored a shorthanded goal at 8:31 of the third to cap off the scoring. After Josh Thrower cleared the puck beyond the blue line, Master stole it in the neutral zone, carried it through the right circle, and lifted it above Quinn’s blocker. Birmingham managed only two shots on goal the entire third period.

Di Salvo made 15 saves in his first start in over a month for Knoxville. Di Salvo had not played since Feb. 21 due to Austyn Roudebush being in net for Knoxville’s past eleven games. Roudebush went 10-1 before being called up to the ECHL’s Tulsa Oilers earlier this week. Quinn made 25 saves for the Bulls.

The two teams will face off again Friday night at the Coliseum for a 7:30 puck drop.