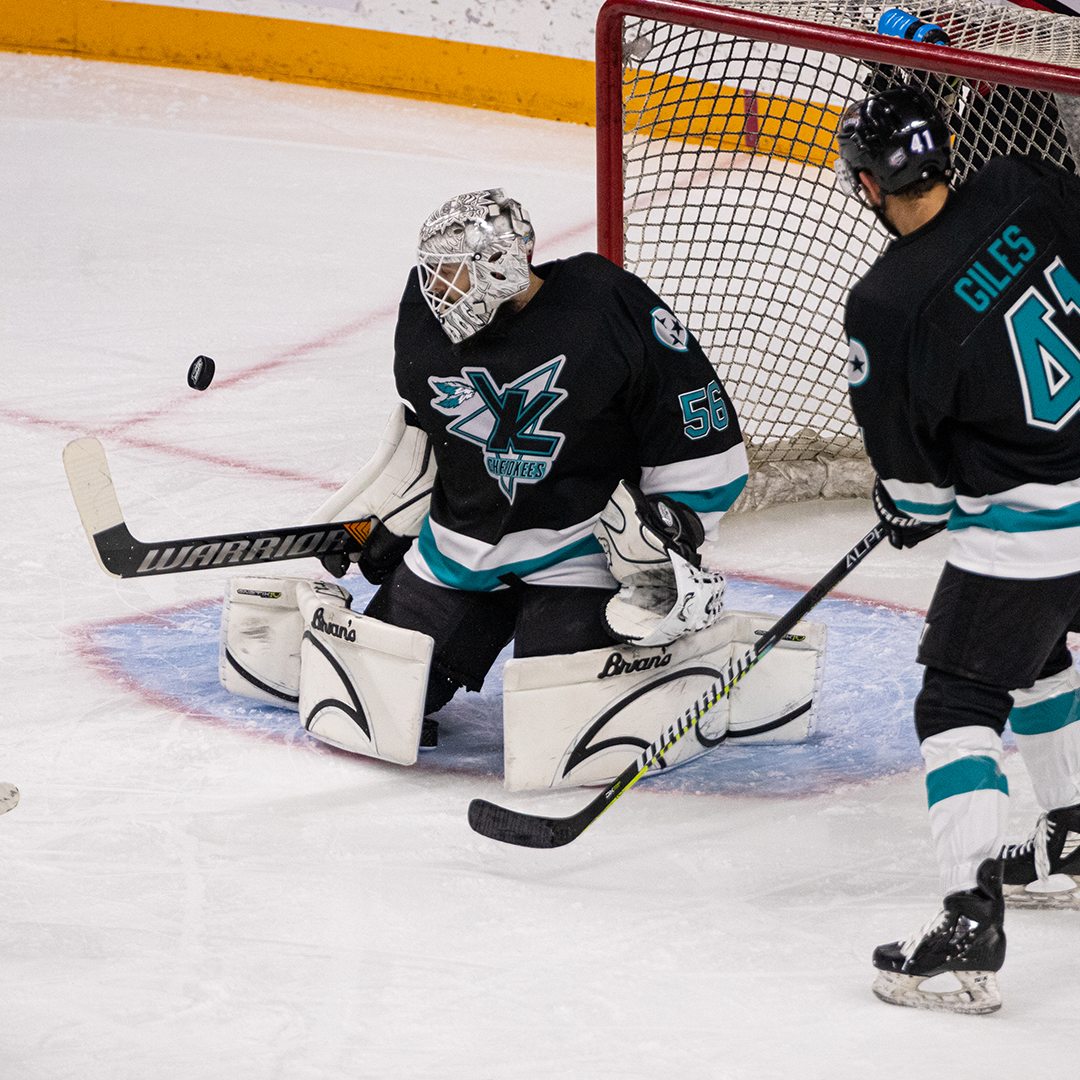 Di Salvo tied Chad Collins for the most all-time wins by a goalie in league history. The Ice Bears have now won 11 straight at home. Birmingham has lost its past five games.

After a scoreless first period, the Ice Bears struck first when Kenton Helgesen fed the puck from the left-wing corner to the slot where Scott Cuthrell shot it over the glove of Evan Moyse at 6:55 of the second.

Knoxville added to its lead when a shot by Anthony McVeigh was stopped by Moyse, but he failed to control the rebound and Benson poked it behind him at 10:58 on the power play.

Birmingham got one back before the intermission when Cameron Strong made a pass to the slot for Tyler Penner, and his one-timer beat the blocker of Peter Di Salvo at 17:02 to bring the Bulls back to within one.

The Ice Bears took a two-goal lead again when Nick Master skated into the left circle, lifted the puck across in front of the crease and Benson tapped it in out of the air to make it 3-1 Knoxville at 11:43 of the third.

Kasey Kulczycki broke free on a breakaway and was hooked by Andrew McLean, leading to a Birmingham penalty shot. Kulczycki slipped the puck under Di Salvo’s left pad to pull the Bulls back to within one again at 13:48.

After Austin Plevy drew back-to-back penalties to put the Ice Bears on a two-man advantage, Johnny Curran skated the puck into the high slot where his wrist shot found the top of the net to cap off the scoring.

Moyse made 29 saves for Birmingham.

Birmingham is scheduled to visit Huntsville Saturday night. The Ice Bears will hit the road to face the Havoc on Sunday evening.