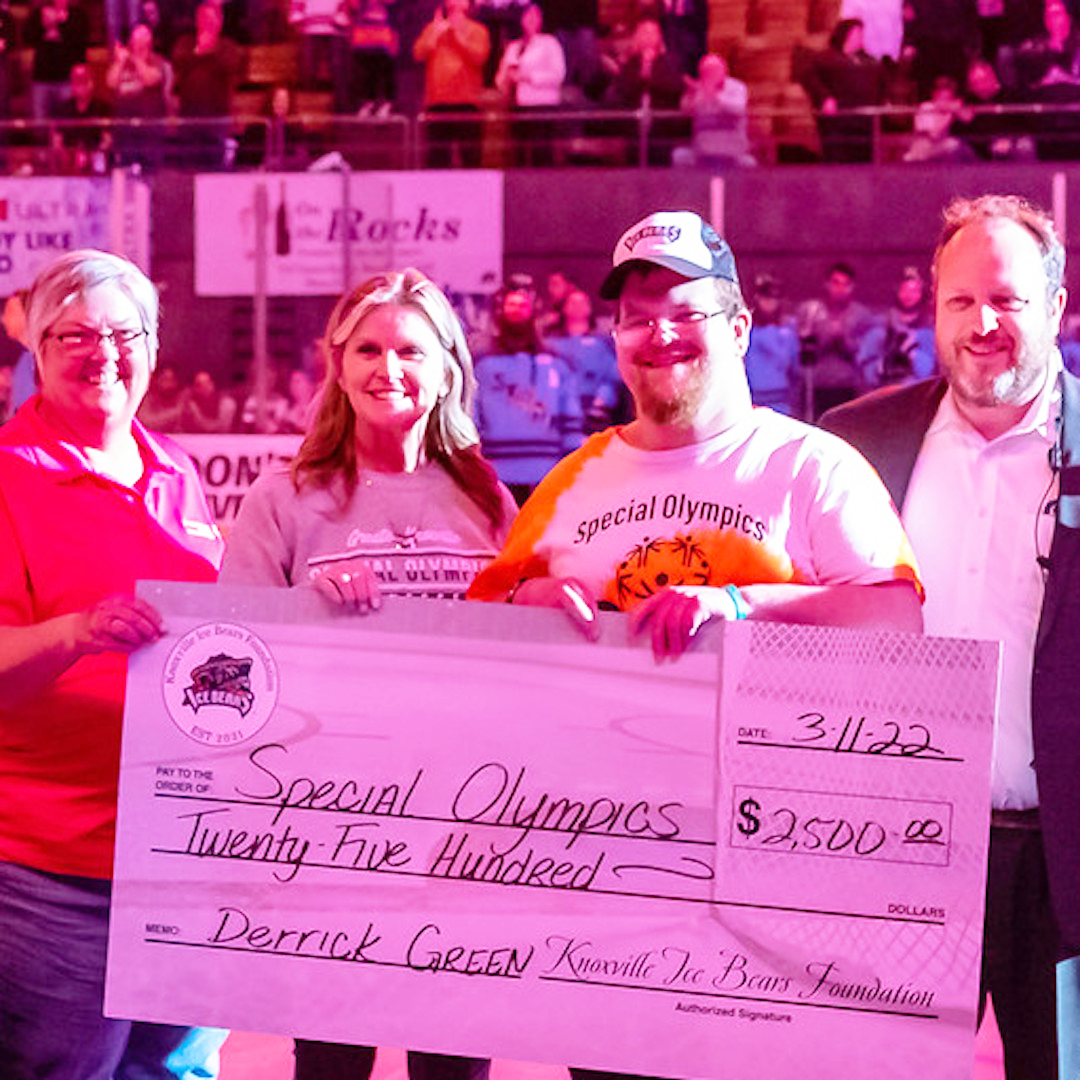 Knoxville Ice Bears Executive Vice President Dave Feather has been named the 2021-22 recipient of the Wanda Amos Community Service award, the Southern Professional Hockey League announced Thursday morning. The award was not given for the previous two seasons due to the COVID-19 pandemic. The award recognizes charitable contributions within an SPHL community.

“It is an incredible honor to be recognized by the member teams in the SPHL for all of the great work we are doing in Knoxville,” said Feather. “We have an incredible opportunity to utilize the Knoxville Ice Bears platform to make a positive impact on the youth of the region.”

Now in his 17th season with the organization, Feather was nominated for his work in creating the Knoxville Ice Bears Charitable Foundation. The foundation’s mission statement is “to be champions of all youth in our community, on and off the ice, through the power of hockey,” by “funneling the excitement of professional hockey toward the needs of our community” with a focus on connecting businesses with the needs of schools.

The foundation has partnered with several organizations in the Knoxville community, including the Knoxville Special Olympics, Knox County Schools and local youth sports programs. Feather has previously served as President, Vice President and Treasurer of the Knox County Partners in Education.

The award is named after former Columbus Cottonmouths owner Wanda Amos, who owned the former SPHL franchise for 13 seasons and is an advocate of numerous charitable organizations. In addition to being recognized by the league, a donation will be made to a charity of Feather’s choosing in his honor.