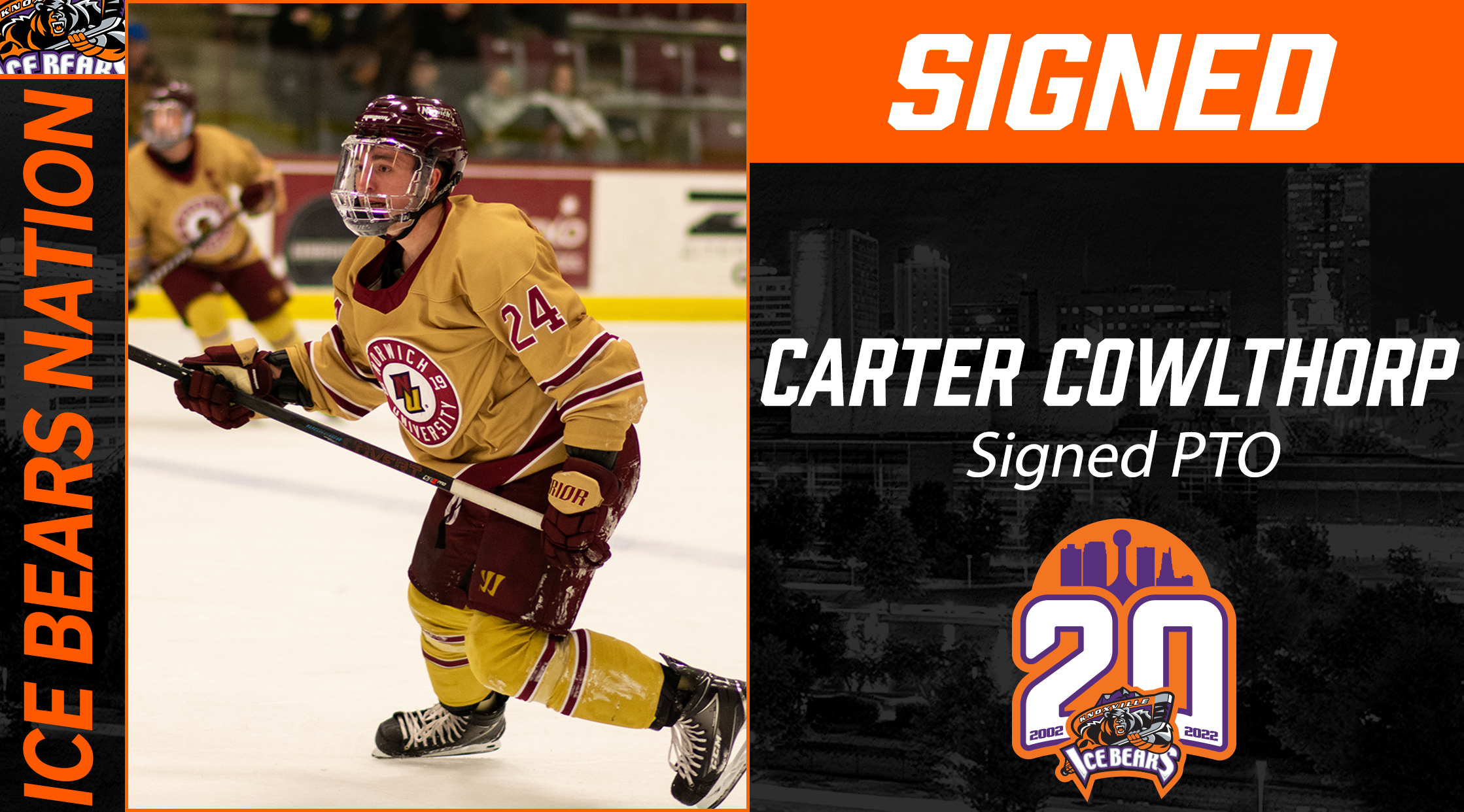 “Carter’s in great shape,” said Ice Bears Head Coach Jeff Carr. “While he was at Norwich, they played in the national championship game against Andrew McLean. He comes from a great program.”

Norwich lost the 2019 Division III national title game to Wisconsin Stevens Point 3-2 in overtime. Cowlthorp finished his college career with 15 goals and 13 assists for 28 points in 78 career games for the Cadets. He was also a +21.

“He’s probably going to play on the wing,” said Carr. “He’s always all over the ice. Always going to the net. He plays in a straight line through the puck.”