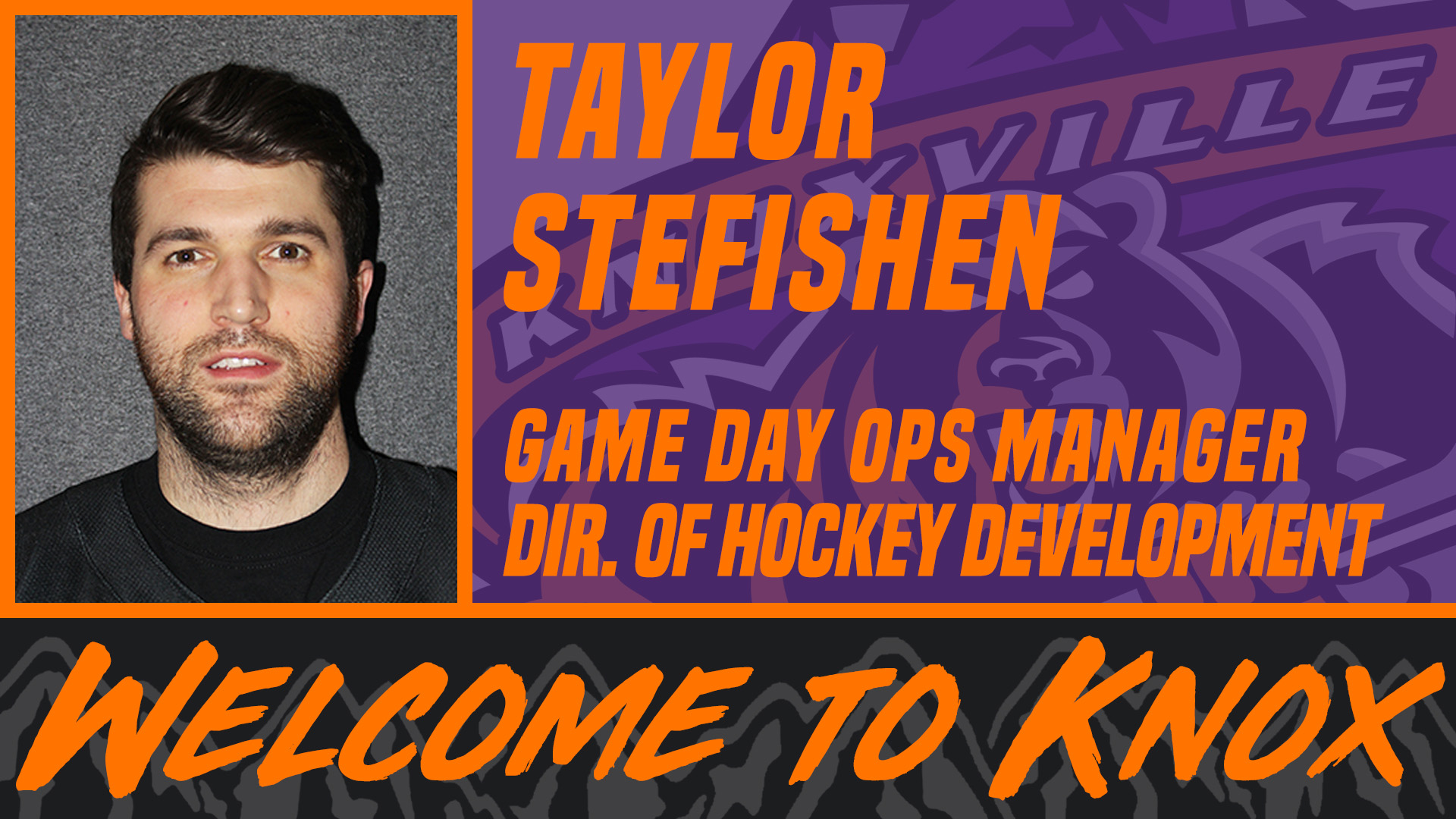 The Knoxville Ice Bears have added former player Taylor Stefishen to the front office staff as the Director of Hockey Development and Game Day Operations Manager.

Stefishen will assist the organization in its objective to promote hockey in East Tennessee at all levels and cultivate fan avidity. He will also oversee the execution of game day presentation for Ice Bears home games to make fan experience fun and family-friendly.

“I’m very excited to be able to stay a part of the organization after my playing career,” Stefishen said. “I’m looking forward to working with the Ice Bears staff and engaging with the community.”

A native of North Vancouver, Stefishen appeared in 14 games for the Ice Bears last season. He played 125 games in the ECHL and ten games in the AHL after being drafted by the Nashville Predators in 2008.