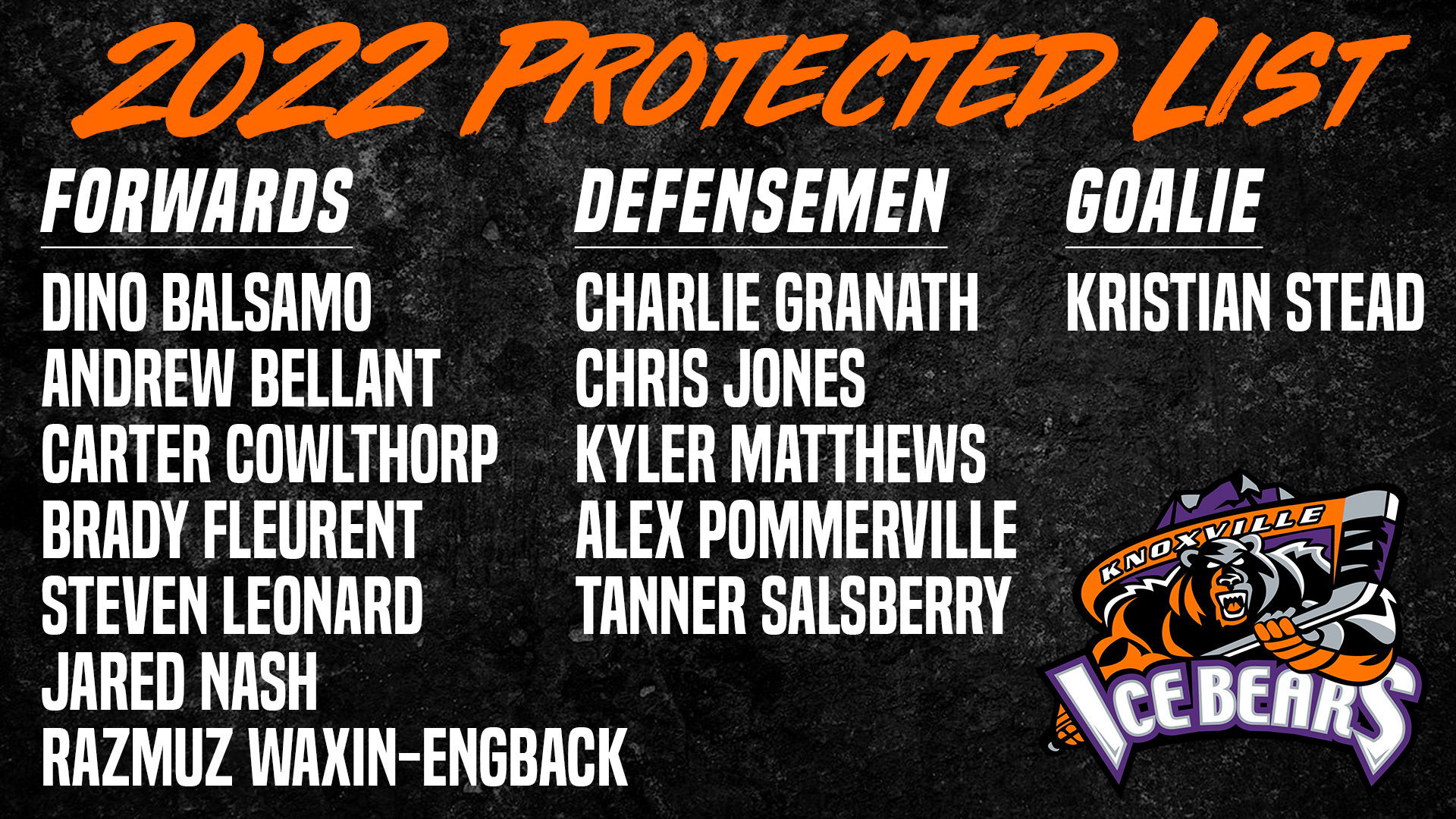 The Knoxville Ice Bears have released their protected list for the 2022-23 season. All SPHL teams were required to submit their lists by Friday at 3 p.m. Teams are permitted to protect up to 13 players. Knoxville’s list was submitted and confirmed by head coach Jeff Carr Friday afternoon.

Of the 13 protected players, eight of them appeared in the ECHL last season. Pommerville also played in five postseason games with the Tulsa Oilers. Balsamo, Bellant and Waxin-Engback each scored 40 points or more for the Ice Bears during their SPHL-record 42-win season. Stead was named to the All-SPHL Rookie Team.

Knoxville will host its annual Free Agent Showcase later in the offseason followed by training camp before the 2022-23 regular season begins in October. Showcase, camp and schedule dates are still to be determined.