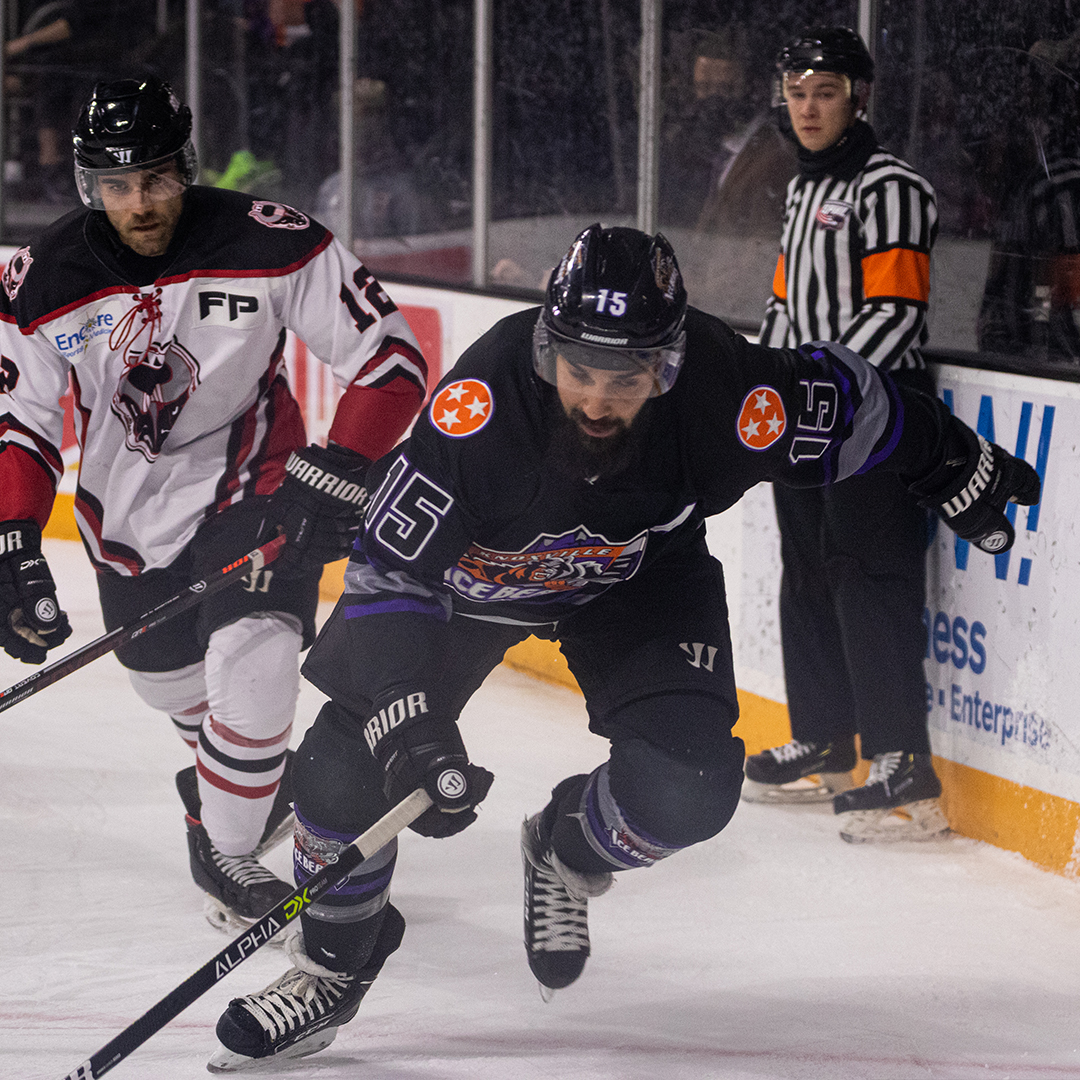 Mathieu Roy scored the game-winning goal midway through the third and also had two assists, and the Knoxville Ice Bears defeated the Macon Mayhem 4-2 at the Knoxville Civic Coliseum Friday night.

Knoxville has won four straight games and 12 in a row on home ice. The loss snapped a four-game win streak for the Mayhem.

Roy fired a one-timer from the top of the left circle after a face-off win by Anthony McVeigh. The puck deflected off a Macon stick and floated over Ryan Ruck’s glove into the net at 11:13 of the third period. Colton Heffley scored off a rebound at 17:30 of the third to give the Ice Bears an insurance marker late.

Callum Fryer notched his second goal of the year to open up the scoring when he and Roy finished off a two-on-one. Roy fed Fryer a saucer pass into the right circle and Fryer’s wrist shot beat Ruck up high at 13:54 of the first.

Ryan Smith tied the game for Macon by beating Peter Di Salvo from the slot after Logan Coomes put a saucer pass to him from the left circle at 9:55 of the second.

Knoxville regained the lead on the power play when Scott Cuthrell put the puck in the net after the Ice Bears missed a pair of opportunities to cap off a flurry in front of the net. Roy fed the puck from behind the net and Cuthrell buried it past Ruck for his third goal of the season.

Macon tied the game with 48 seconds left in the period when Jason Tackett put the puck behind Di Salvo from a sharp angle on the right side.

Di Salvo finished with 25 saves in his tenth win of the season. Ruck made 25 stops for Macon.