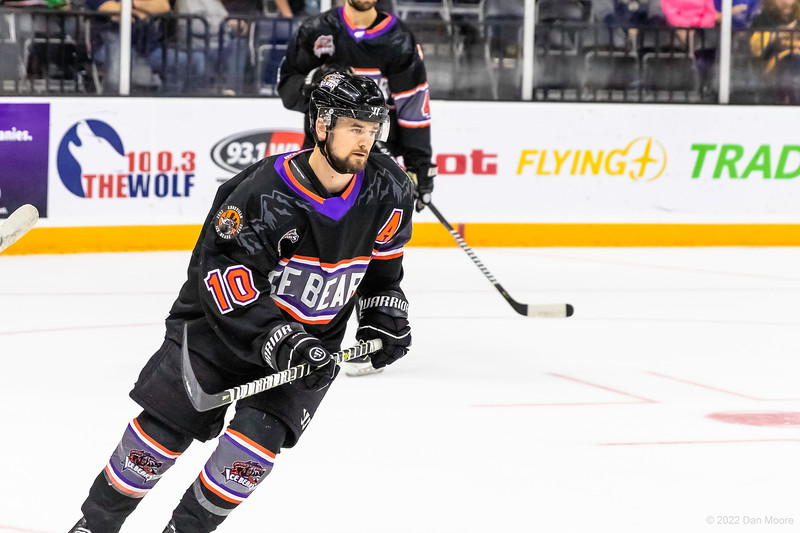 McVeigh scored just 1:22 into the game to put Knoxville ahead early. Sam Turner’s shot from the high slot was stopped by Ben Churchfield and the rebound sat by the crease, where McVeigh tapped it in.

Dino Balsamo doubled the lead just over a minute later when his wrist shot from the left circle slipped under Churchfield’s glove. Balsamo took a long stretch pass on the left wing, gained the zone and zipped the puck into the net for his 12th goal of the season.

Vermilion County cut the deficit in half just 24 seconds in the second period when Connor Graham slipped the puck past Kristian Stead. Graham wound up from the right circle with traffic in front of the net and the puck made its way behind Stead.

Knoxville responded four minutes later with J.B. Baker’s 12th goal of the year. Razmuz Waxin-Engback skated the puck into the zone and dropped it back to Baker, who lifted the puck over Churchfield’s right shoulder from the right circle to make it 3-1.

McVeigh notched his second of the night when a shot from the left side bounced off of Churchfield and out towards the left hash. McVeigh jumped on the loose puck and put it in off the rebound at 4:13 of the third.

Stead made 18 saves for Knoxville in picking up his eighth win of the year. Churchfield made 32 saves before being pulled for the final five minutes in favor of Chase Perry, who made three stops. The Ice Bears outshot Vermilion County 39-19 overall and 19-2 in the third period alone.

Knoxville heads to Huntsville to take on the Havoc on Tuesday night. Vermilion County is off until Friday night when it visits Peoria.