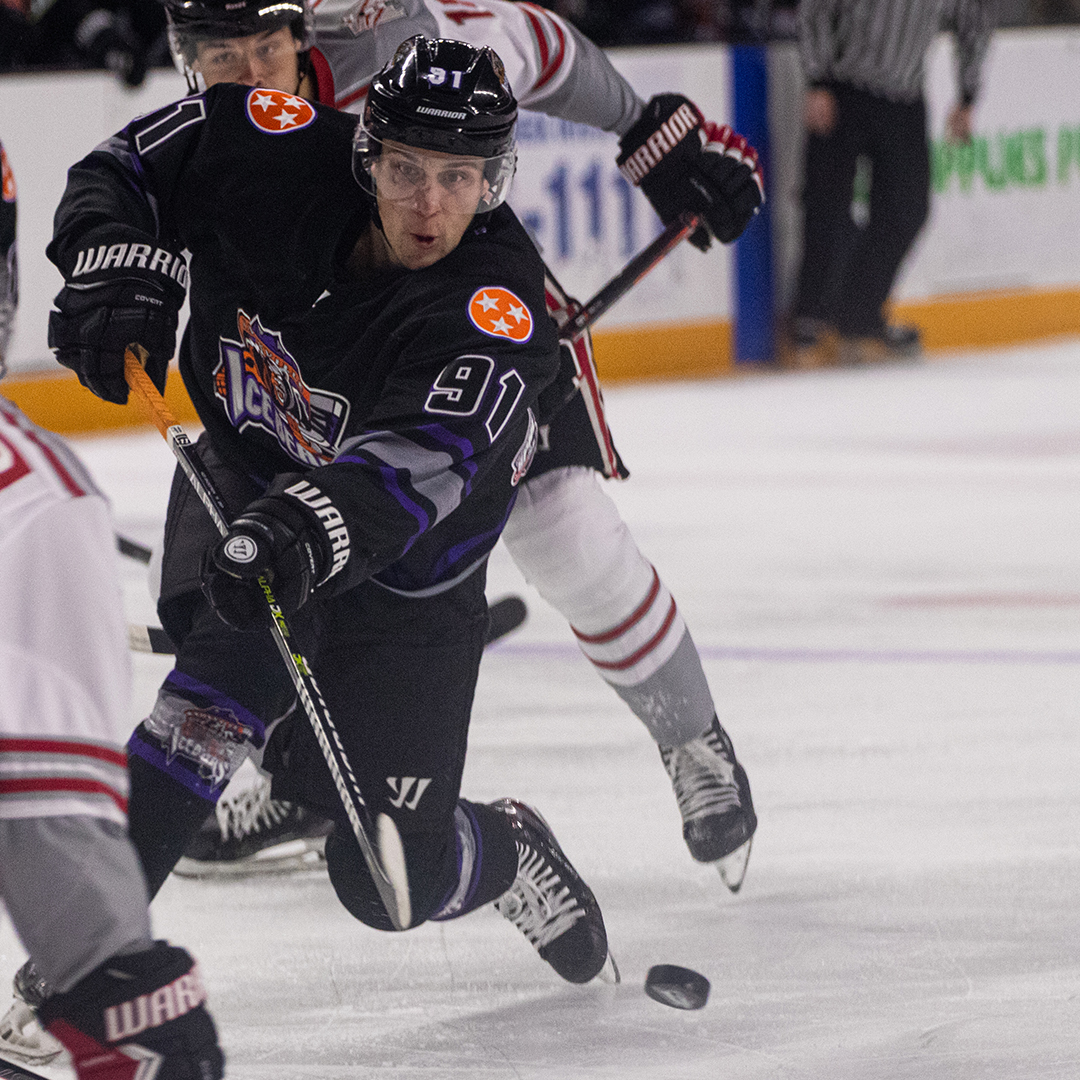 Matthew Barnaby scored at 1:10 of the overtime period and the Knoxville Ice Bears fell to the Huntsville Havoc 4-3 at the Knoxville Civic Coliseum Saturday night.

After Lincoln Griffin misfired a pass in the neutral zone, Barnaby picked up the loose puck and skated down the right circle where he split Peter Di Salvo’s pads to end the game.

Knoxville opened the scoring on the power play when Johnny Curran fired a wrist shot over Max Milosek at 17:22. The Ice Bears outshot the Havoc 14-7 in the first 20 minutes.

Huntsville took control early in the second period when John Schiavo scored at 4:32 to tie the game. The Havoc took the lead when Rob Darrar fed the puck from the left wall to the short side of the crease and Tommy Besinger redirected the puck under Di Salvo’s blocker at 6:05. Alex Berardinelli scored on a breakaway at 9:58 when he took the puck from his own blue line and through the left circle before lifting the puck over Di Salvo’s right pad.

Knoxville cut the deficit to one when Mathieu Roy scored a shorthanded goal while falling to the ice at 15:17. Anthony McVeigh won a puck battle in the right corner and slipped the puck to Roy, who was tripped, but still managed to get the shot off and beat Milosek to the short side post.

The Ice Bears tied the game on the power play when Roy fed a backhand pass across the slot where Jacob Benson was waiting for it on the backdoor for his league-leading 15th goal of the season at 17:45.

Knoxville will have Sunday off before visiting Huntsville on Monday night.