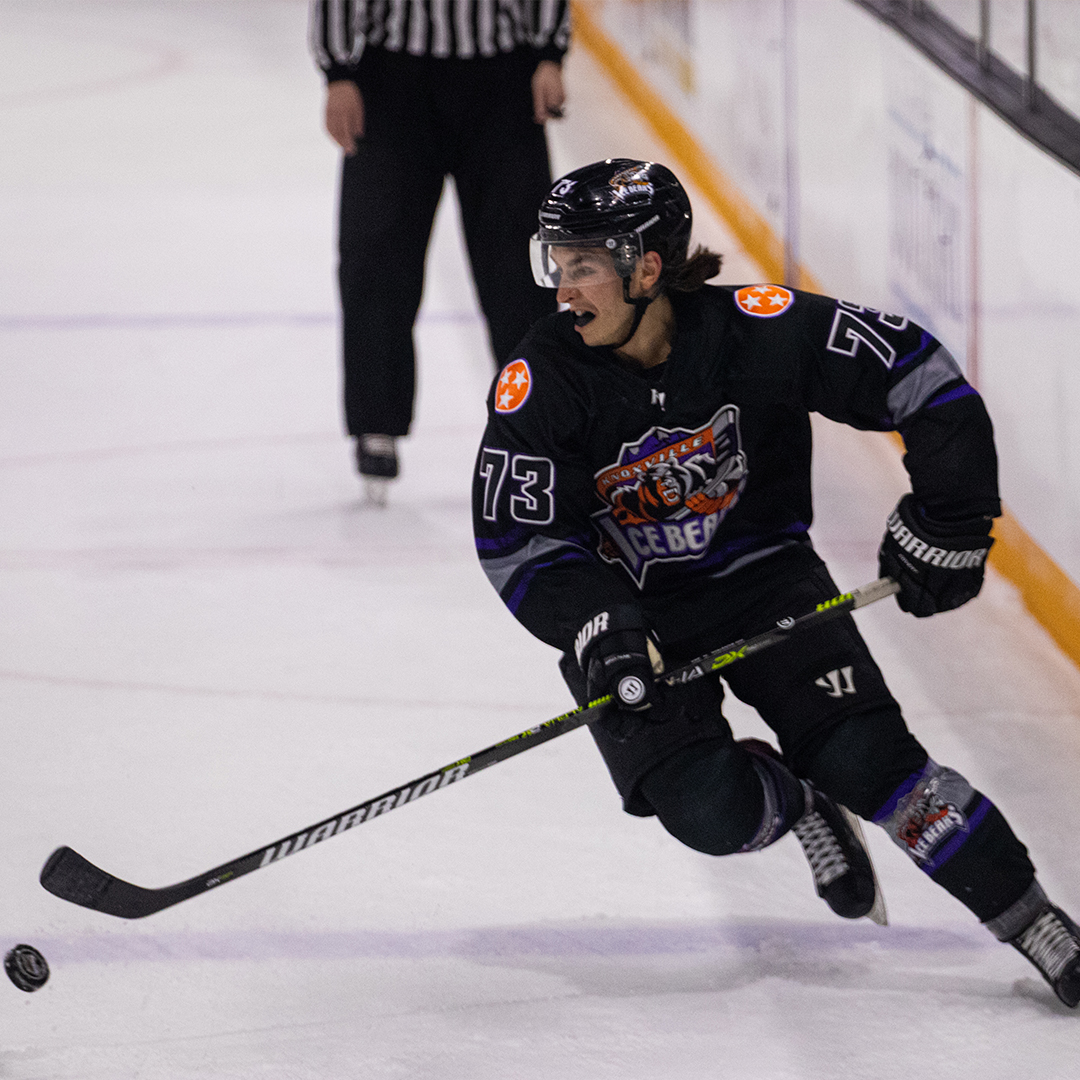 Eddie Matsushima scored twice and the Pensacola Ice Flyers defeated the Knoxville Ice Bears 5-2 in game one of the President’s Cup semifinals at the Civic Coliseum Wednesday night.

Matsushima gave the Ice Flyers a 1-0 lead when he slipped the puck past Austyn Roudebush’s left pad at 7:51. After the puck trickled through the neutral zone behind Kenton Helgesen, Alec Hagaman took the puck to the top of the right circle and found Matsushima behind the defense in front of the crease.

Austin Plevy tied the game for Knoxville when a shot from Jacob Benson was blocked into the slot, where Plevy found the puck and buried it up high past Jake Kupsky at 10:23 of the first. Johnny Curran gave the Ice Bears the lead when a clearing attempt from behind the Pensacola net took a bizarre bounce off the glass and landed in the slot. Curren slid the puck low by Kupsky’s right skate at 11:32.

Pensacola tied the game again when Frederic Letourneau’s shot from the right circle slipped under Roudebush’s right arm and bounced across the goal line at 2:50 of the second. Roudebush managed to get a piece of the puck, but couldn’t keep it in front of him.

The Ice Flyers took the lead at 5:11 when Matsushima scored his second of the night on a wraparound attempt after Roudebush failed to locate the puck from behind the net and Knoxville was unable to clear the zone. Jake Wahlin scored at 6:58 to make it 4-2 and end Roudebush’s night with seven saves. He was replaced by Peter Di Salvo.

Pensacola nearly extended its lead before the end of the second on multiple occasions. Hagaman thought he had scored off a shot from the bottom of the left circle, but the puck was never ruled to have crossed the goal line. The Ice Flyers almost connected on a backdoor feed across the crease, but Di Salvo made a diving save before Callum Fryer cleared the puck out of the blue ice.

Knoxville nearly cut the deficit in the third period, but Curran was denied on a breakaway by Kupsky and Brady Fleurent missed a chance on a wraparound try.

Garrett Milan scored off his own rebound at 10:33 of the third to cap off the scoring. Di Salvo finished with 20 saves.

ABOUT The Knoxville Ice Bears: The Knoxville Ice Bears organization began in 2002 and was an inaugural charter member of the Southern Professional Hockey League (SPHL) in 2004. As four-time SPHL Champions, the Ice Bears are an experienced and established organization, offering the city and its visitors a balanced product of highlight-reel hockey, unique and exciting intermission activity, and endless fan interaction most affordable, family-friendly way to enjoy sports and entertainment. Season, Partial Season and Flex Tickets are now on sale.  For more information, visit www.knoxvilleicebears.com or call (865) 525-7825.