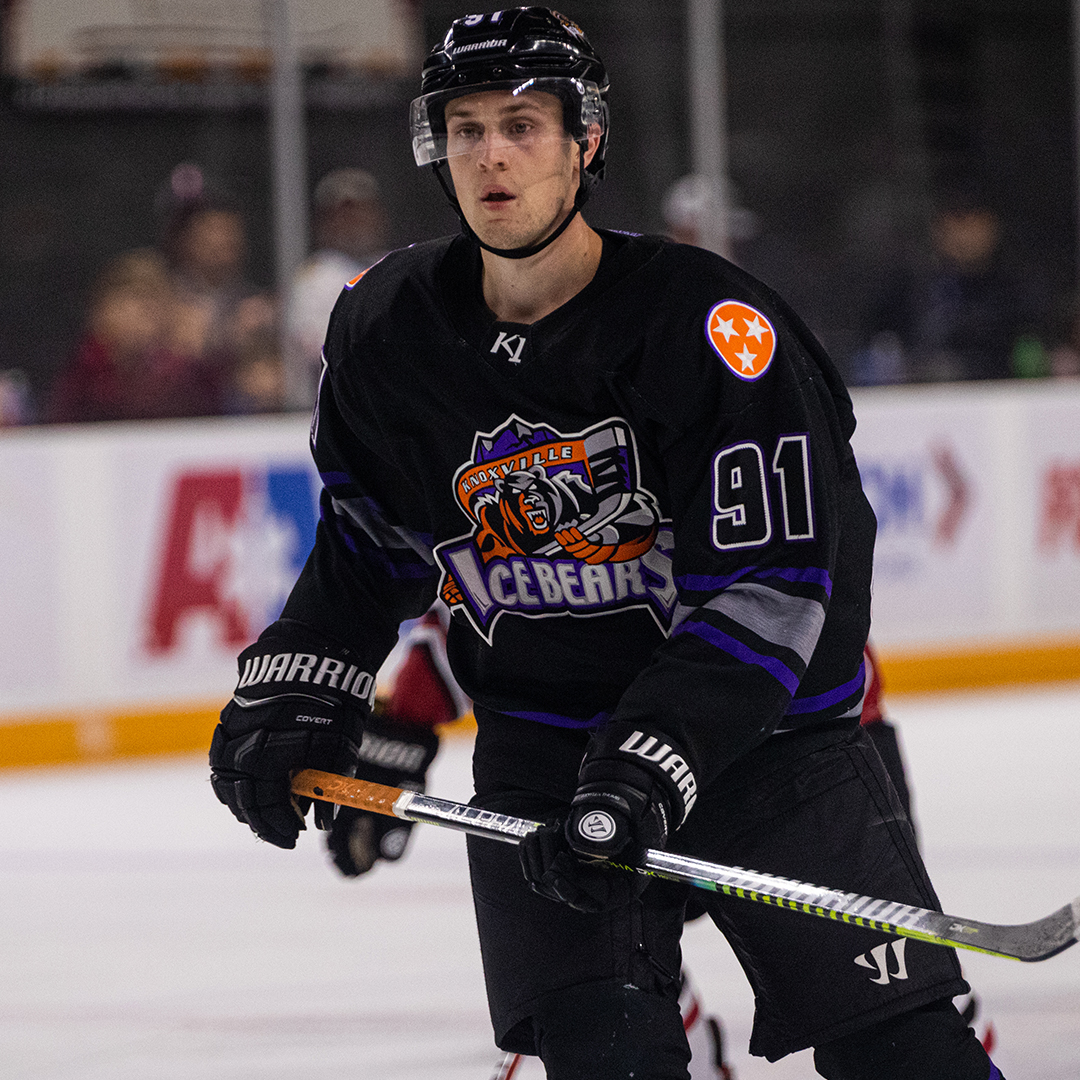 Ryan Smith scored 34 seconds into overtime and the Knoxville Ice Bears dropped a 2-1 decision to the Macon Mayhem Tuesday night at the Knoxville Civic Coliseum.

Knoxville has lost five straight games. The Ice Bears are 0-2-3 in their last five. Macon has won five in a row.

Smith carried the puck out of his own zone down the left-wing. He muscled past Kenton Helgesen and fed the puck to Matt Stief in front of the net, who backhanded it back to Smith on the backdoor to put it past Peter Di Salvo.

Brian Bowen put Macon ahead early with a tap-in at 1:28 of the first. Jason Tackett fed the puck through the right circle to Mason Baptista along the right goal line. Baptista backhanded the puck into the crease, where it slipped between the pads of Di Salvo and sat on the goal line and Bowen was able to put it in the net for his 15th goal of the season.

Jacob Benson tied the game when his shot from the right hash split Ryan Ruck’s pads at 17:21 of the first. After a save by Di Salvo, Brady Fleurent carried the puck the length of the ice to push Knoxville to a two-on-one. Fleurent’s saucer pass found Benson, who scored his league-leading 18th goal of the year.

Johnny Curran nearly put Knoxville ahead in the second period, but his shot from the right circle hit the crossbar and stayed out. A flurry of chances for the Ice Bears late in the third was stopped when Baptista lifted the puck over the glass for a delay of game penalty, but Knoxville was unable to convert the ensuing power play.

Di Salvo finished with 26 saves. Ruck made 23 stops for Macon.

The Ice Bears will remain home and will next play Birmingham on Saturday. Macon returns to Georgia and will host Pensacola on Thursday.