Ice Bears get boost from Roy in 5-2 win 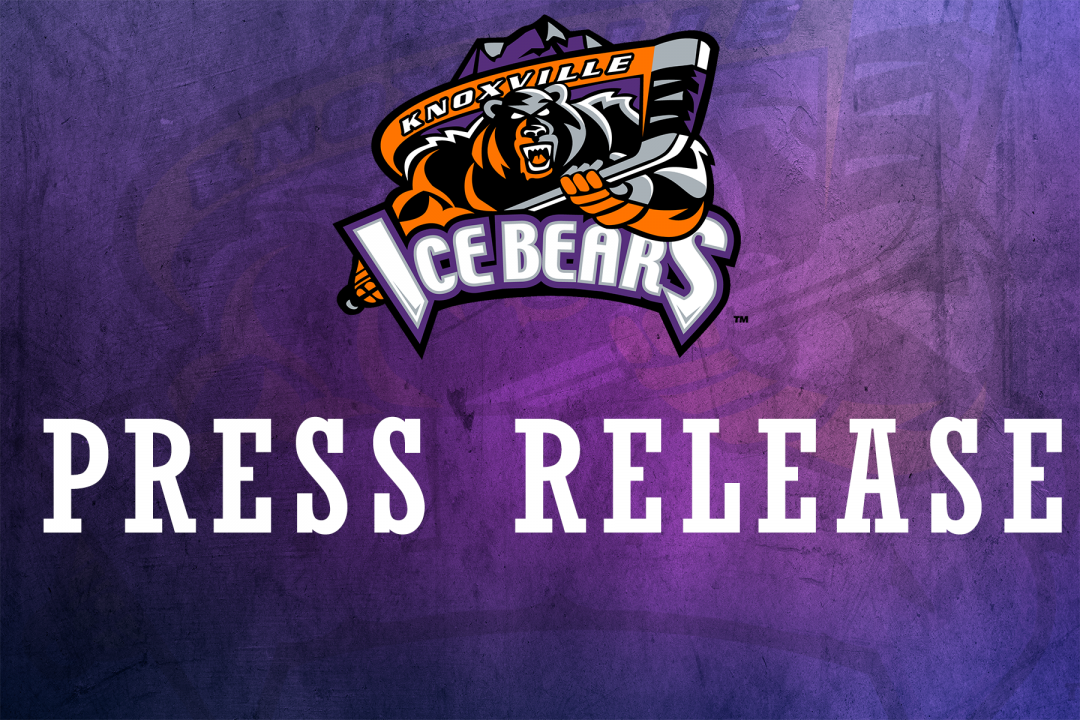 Austin Plevy also scored for the Ice Bears. Peter Di Salvo made 24 saves in his fourth win of the season.

Van Riemsdyk scored off a one-timer from the right circle to give the Ice Bears a 1-0 lead at 5:41 of the opening period. Lincoln Griffin carried the puck through the left circle and fed it through to the right side where Van Riemsdyk punched it past Huntsville goalie Max Milosek.

Matthew Barnaby tied the score for Huntsville at 6:37 of the second after a takeaway in the Knoxville zone set him upright in front of the net for his third goal of the season.

The Ice Bears retook the lead when the newcomer Roy scored from the left circle off a pass from behind the night by Mike Gornall at 17:33 of the second.

Plevy gave Knoxville its first two-goal lead of the evening when he beat Milosek just 23 seconds into the third. Huntsville drew back within one when Tyler Piacentini scored off a rebound at 3:05.

Roy scored for the second time when he was fed the puck right in front of the crease to put Knoxville back up ahead by two and Van Riemsdyk scored on an empty net with 1:49 remaining.

Knoxville will continue the weekend at home when it hosts Birmingham on Saturday at the Coliseum. Huntsville will return home to host Pensacola tomorrow night.