Ice Bears get Kulczycki from Bulls in exchange for Fletcher 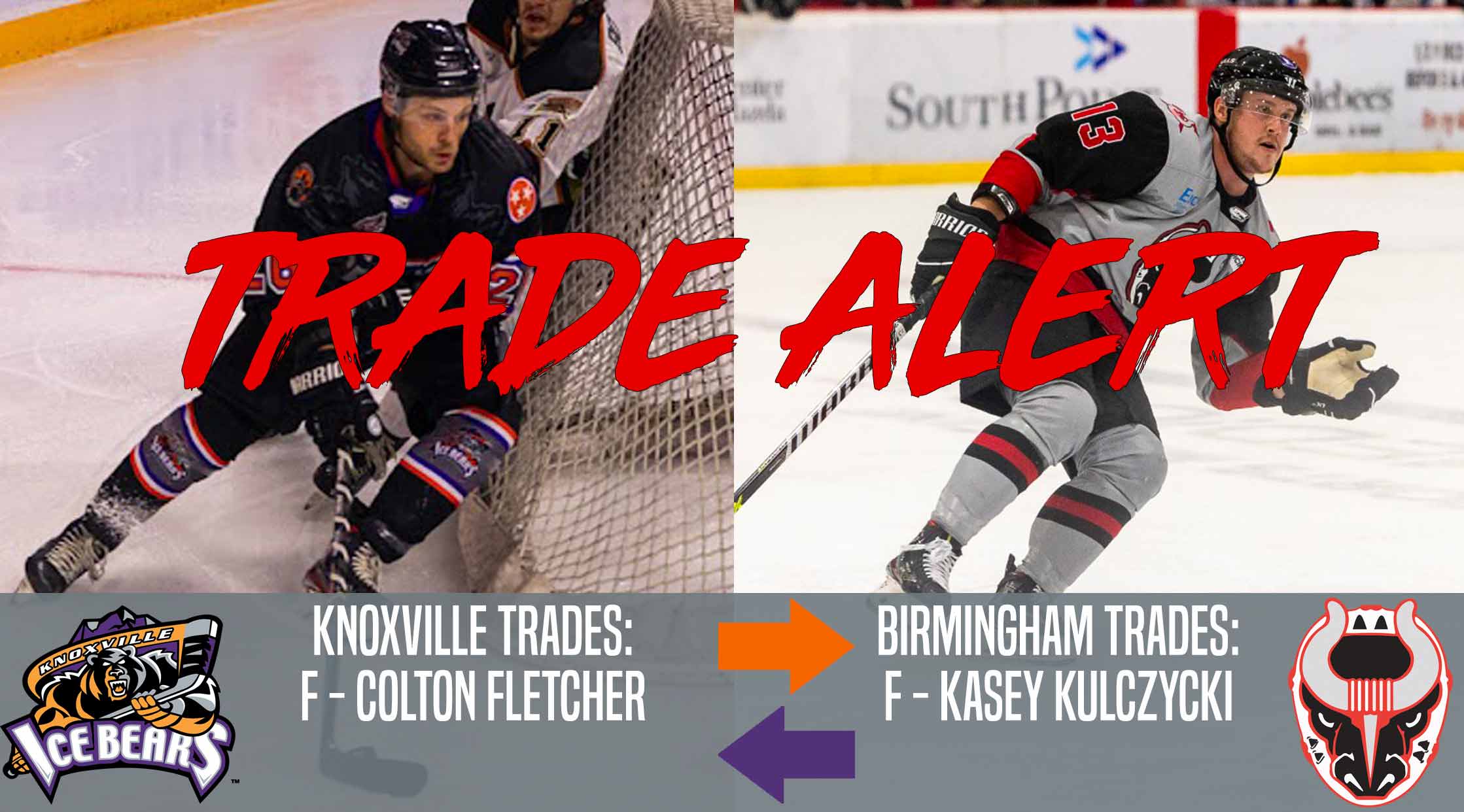 The Knoxville Ice Bears have traded forward Colton Fletcher to the Birmingham Bulls in exchange for center Kasey Kulczycki.

Kulczycki comes to Knoxville after spending his entire SPHL career in Pelham, appearing in 153 games over four seasons with 21 goals and 26 assists for 47 points. He’s scored two goals in 13 games for the Bulls this season after appearing in four games for Wichita in the ECHL earlier this year.

“I’m excited to come to Knoxville and to contribute to the success of the team,” said Kulczycki. “After more than three years of playing against the Ice Bears, I’ve always thought they were very competitive. I look forward to adding the elements of my game to the roster and to keep this train going.”

He played for four seasons at NCAA Division III SUNY-Canton and had a brief professional stint in Australia. He led the SPHL with 114 penalty minutes last season.

Fletcher earned a roster spot with Knoxville out of the team’s free agent camp in September and appeared in all 20 games for the Ice Bears. He scored three goals and added nine assists for 12 points.