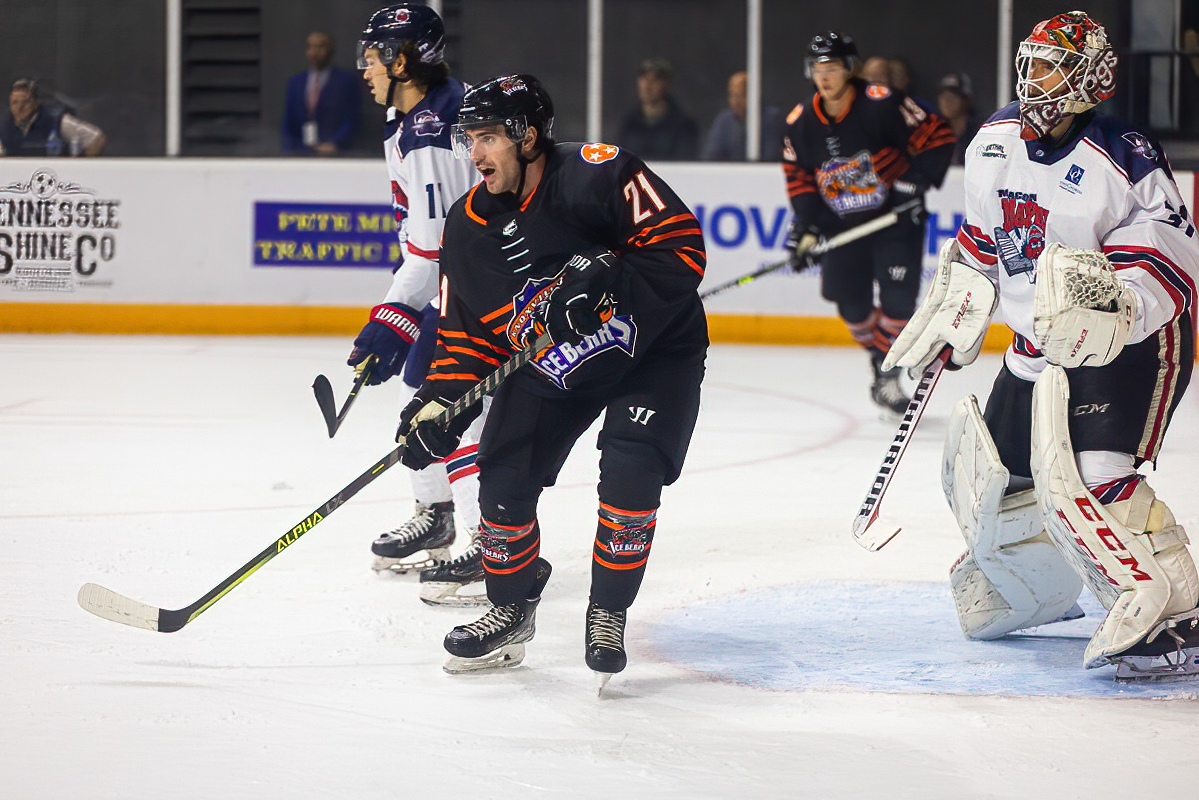 Knoxville jumped out to an early lead when Matthews notched his first goal of the season just 1:33 into the game. Andrew Bellant stole the puck at the blue line and made a saucer pass over to Jagger Williamson. Williamson fired a slap shot from the top of the right circle off Hayden Stewart’s right pad. Matthews cleaned up the rebound to make it 1-0.

Birmingham responded three minutes later when Jake Pappalardo redirected the puck past Stead at 4:45. After a turnover in the Knoxville zone, Mike Davis fired a shot from the right side and Pappalardo got his stick on it to bounce it through traffic into the net.

Fleurent gave Knoxville the lead before the first intermission when he scored off his own rebounds at 15:10. Justin MacDonald entered the zone with Fleurent to his right. His saucer pass found Fleurent in the right circle. After his initial shot was blocked by Stewart, Fleurent picked up the puck and put it in behind Stewart for his seventh goal of the season.

After Jordan Martin tied the game with a power play goal early in the second period, Fleurent scored his second of the night with a wrist shot from the high slot. Brett Beauvais found Fleurent between the circles and Fle

Carson Rose sent the puck from the top of the left circle through traffic in the slot and it evaded bodies and slipped under Stead to tie the game for the third time.

Waxin-Engback scored his second of the season to give Knoxville the lead again. Bellant pinpointed a wrist shot from the bottom of the left circle over Stewart’s left shoulder to give the Ice Bears a two-goal edge. Stewart finished with 29 saves.

Rose scored his second of the night early in the third period to bring the Bulls to within a goal, but Birmingham couldn’t tie the score as the Ice Bears held on for the win. Birmingham had a power play with less than ten minutes to play, but Stead stopped a one-timer from the right circle and blocked another shot from in front of the crease.

Bellant finished with a goal and two assists. Williamson and MacDonald had a pair of assists each.