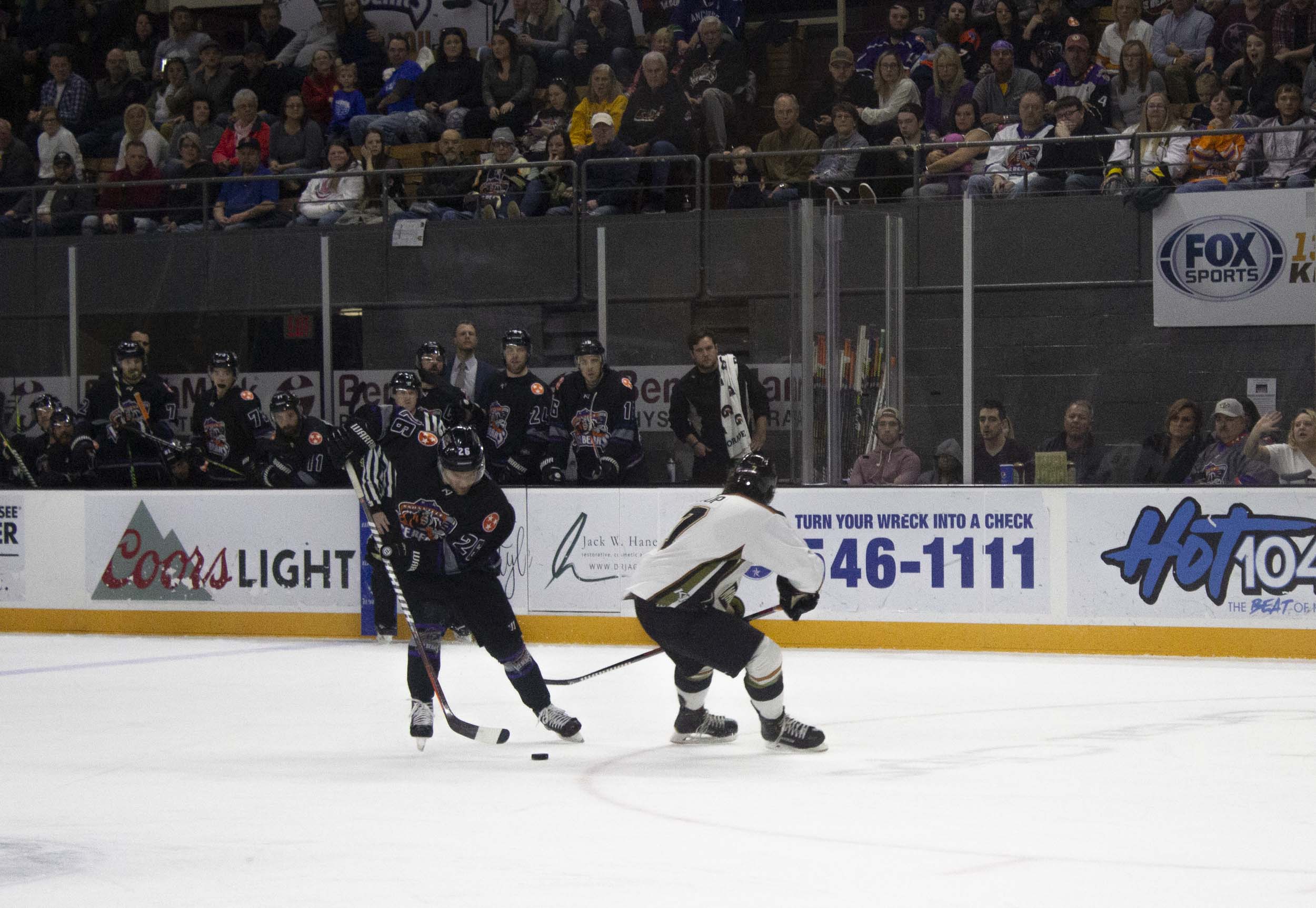 Max Cook scored with ten seconds remaining in overtime and the Knoxville Ice Bears fell to the Fayetteville Marksmen 3-2 Saturday night at the Civic Coliseum.

The Ice Bears kept an eight-game point streak intact and are 6-0-2 in that span. Fayetteville is 5-1-1 in its last seven games.

Brian Bowen fielded a pass from Travis Jeke in the left circle and shot the puck from the hash. Joe Murdaca stopped the initial shot and Cook’s rebound slipped under Murdaca to end the game. Murdaca finished with 30 saves.

The Marksmen forced overtime with Shane Bednard’s goal from the slot at 9:53 of the third. After killing off a Knoxville power play, Fayetteville won the puck in the right corner of the zone and slipped it out to Bednard. Murdaca got a piece of the shot, but it trickled between his pads and across the goal line to tie the game at two goals apiece.

Knoxville opened the scoring on the power play with Lionel Mauron’s one-timer from the left side at 8:32 of the second. Jeke tied the game 58 seconds later with a blast from up top that beat Murdaca’s glove just seconds after Murdaca denied Jeke’s chance from the high slot.

The Ice Bears jumped in front before the second intermission on the man-advantage with another goal from the left circle. Stefan Brucato slid the puck from the right circle to Scott Cuthrell for a snapshot that got past Blake Wojtala at 18:32. Wojtala finished with 27 saves for Fayetteville.

Both teams return home and are off until Friday. Knoxville will host Macon at the Civic Coliseum. Fayetteville will face the Roanoke Rail Yard Dawgs.