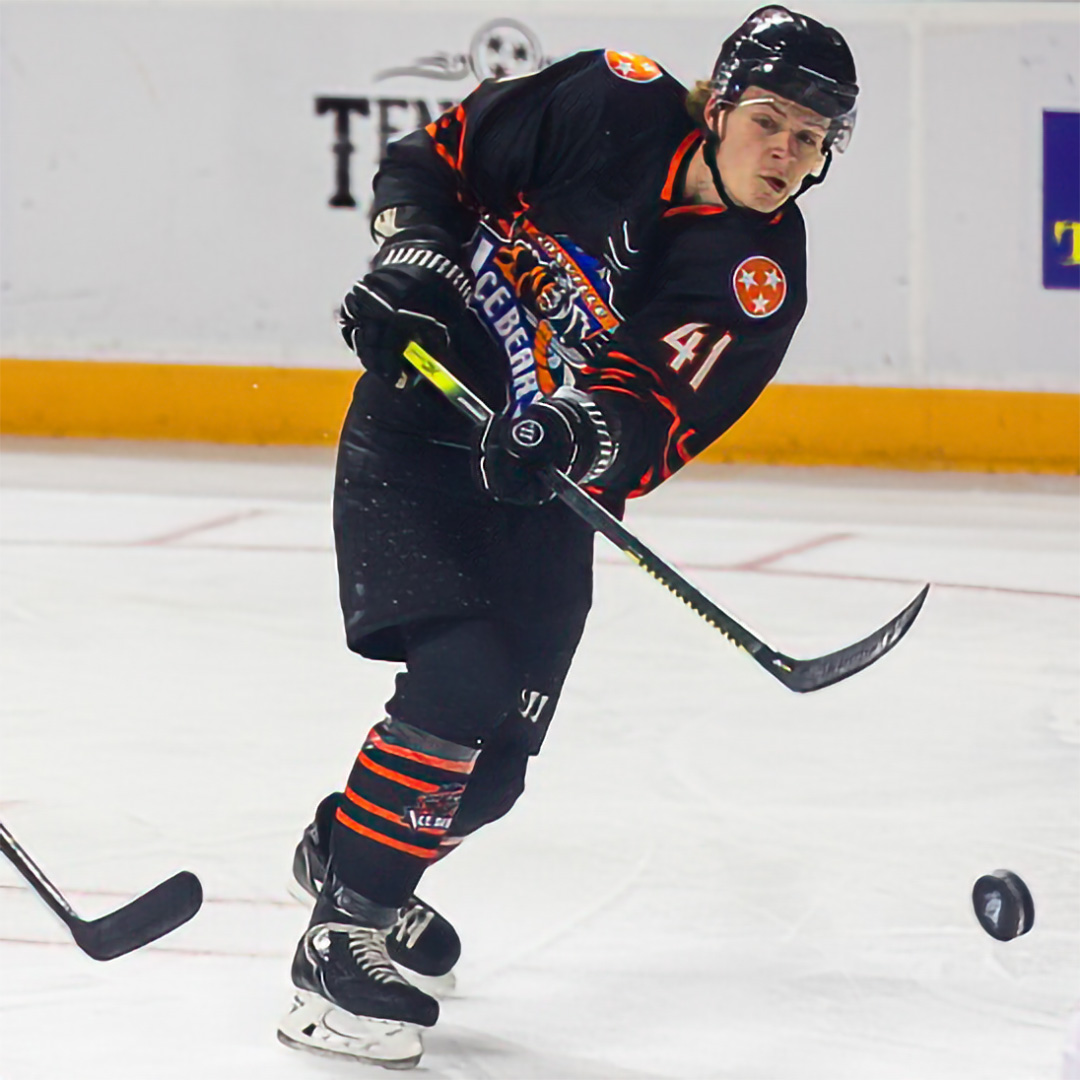 Five different players scored for Knoxville and the Ice Bears defeated the Macon Mayhem 5-3 at the Macon Centreplex Saturday night.

Kristian Stead made 36 stops to pick up his fifth win for the Ice Bears. The Ice Bears killed off all six Macon power plays.

Cameron Hough redirected the puck past Tom Aubrun to put Knoxville on the board first at 6:57 of the first. Dino Balsamo sent the puck across from the left circle and Hough got a stick on it to push it on goal for his first professional goal.

Rhett Kingston tied the game for Macon when he scored on a shorthanded breakaway at 13:24. Justin MacDonald’s breakout pass in the Knoxville zone slipped off his stick and Kingston intercepted it before sliding the puck past Kristian Stead’s right pad.

Rex Moe gave Knoxville the lead again before the intermission when he snuck behind the defense in transition, fielded a pass in the slot and beat Aubrun low for his first goal as an Ice Bear. Alexander Jmaeff received the puck at the blue line on the left wing and centered it to Moe as he got free in the slot.

Brett Beauvais fired a wrist shot over Auburn’s right shoulder from the right circle at 1:56 of the second for a power play goal to put Knoxville ahead 3-1. Beauvais worked the puck around the perimeter with MacDonald and Kyler Matthews before finding a seam to fire the puck through and found the top shelf of the net.

Caleb Cameron scored shorthanded from the slot to bring Macon back to within a goal at 3:56.

MacDonald teed off on a moving puck in the right circle at the start of a power play to give Knoxville a two-goal edge again. Brady Fleurent’s pass from the top of the left circle was deflected, slowing down the puck to allow MacDonald to wait for it and blast it over Aubrun at 8:07.

Colton Fletcher scored for Macon to cut the deficit to 4-3. Fletcher found space between the circle and his wrister beat Stead for his first with the Mayhem.

Cole McKechney scored on a shorthanded breakaway to make it 5-3 before the second intermission. Eliott St-Pierre stole the puck in the neutral zone and chipped it ahead for McKechney, who was able to slip the puck under Aubrun at 18:36.

Knoxville will head to Roanoke on Wednesday. Macon will visit Fayetteville Wednesday night.