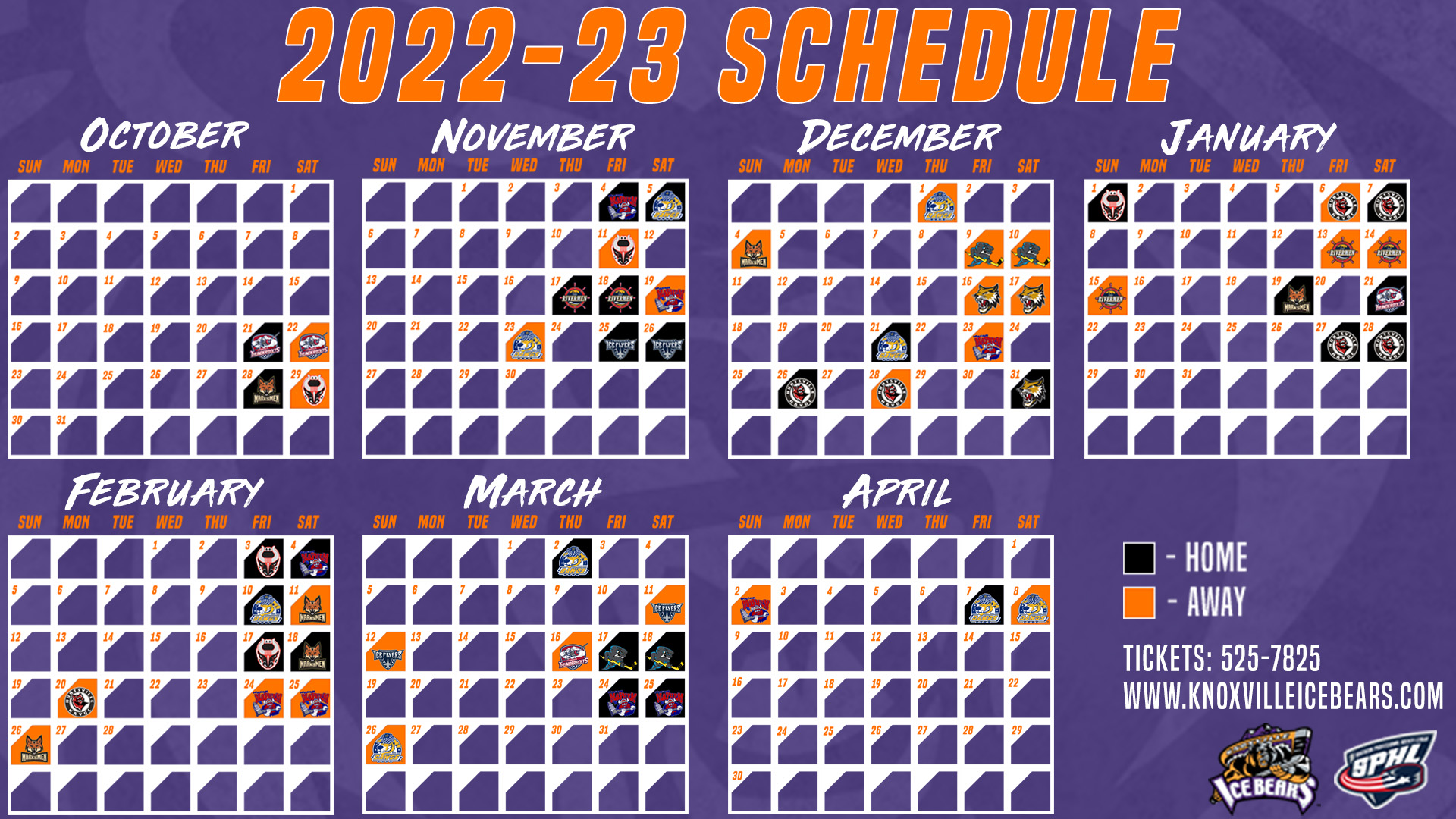 The Knoxville Ice Bears have released their full 56-game regular season schedule. The 2022-23 season will be the 21st in franchise history and the 19th in the Southern Professional Hockey League where Knoxville is a founding member since the league’s formation in 2004.

The 28-game home schedule features 12 Friday games, ten Saturday games, three Thursday games and one game on a Monday, Wednesday and Sunday. 23 of Knoxville’s home games will have a 7:35 p.m. Eastern Time puck drop. Five games during the holiday season will begin at 6 p.m. All start times are subject to change.

Knoxville’s full promotional schedule will be released next Tuesday.

Season tickets are available now by calling (865) 525-7825 or by visiting www.knoxvilleicebears.com. Single-game tickets will go on sale closer to the start of the regular season. The full schedule can be seen below.