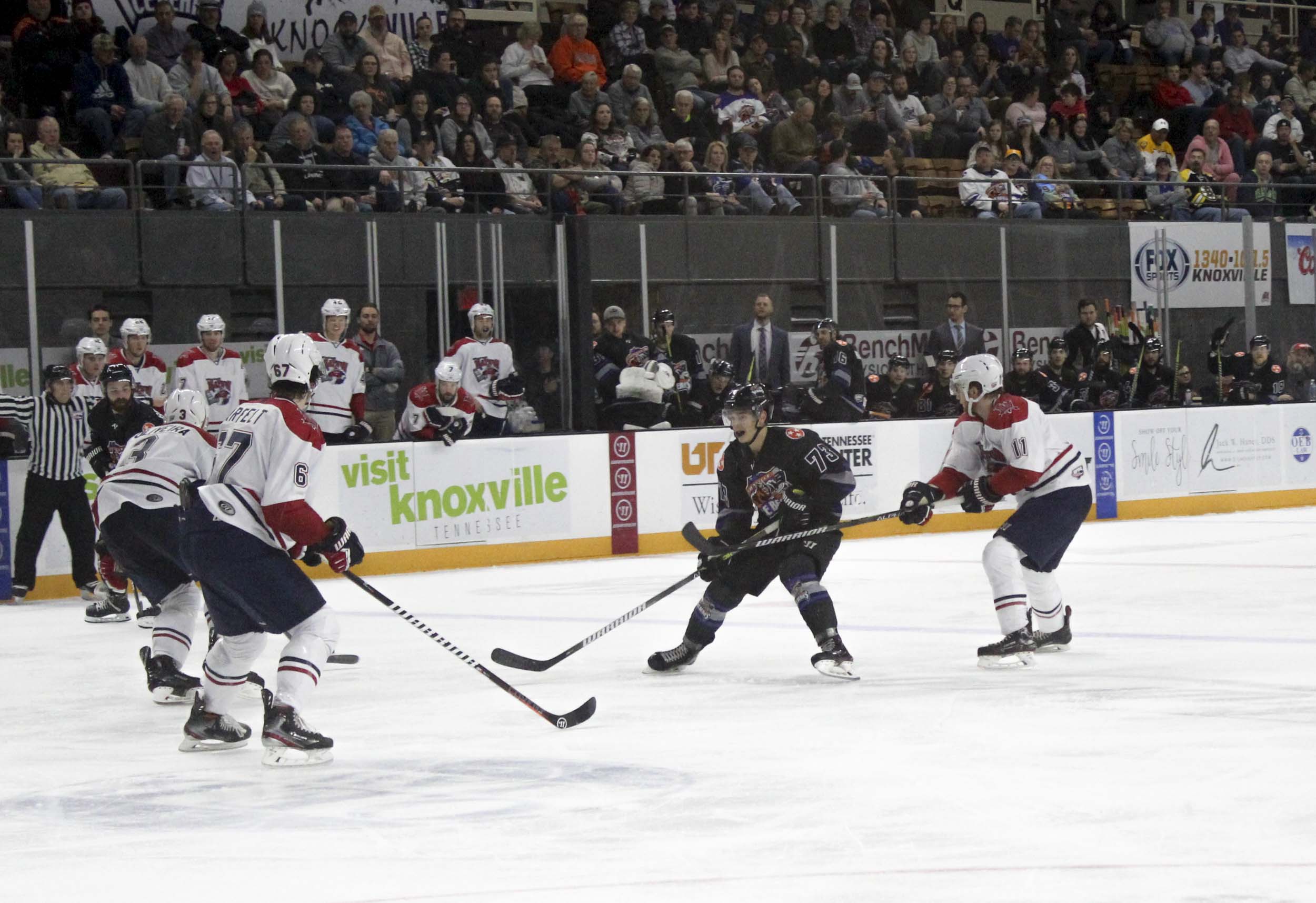 Josh Pietrantonio and Scott Cuthrell scored in the first period and Joe Murdaca’s 28 saves made it stand as the Ice Bears beat the Macon Mayhem 2-1 Friday night at the Civic Coliseum.

Knoxville is 7-0-2 in its past nine games. Macon has lost three of five.

Knoxville opened the scoring when Macon’s Ben Campbell sent the puck back to Hayden Stewart in the crease. The puck was misplayed and bounced out to the slot, where Pietrantonio pounced on the loose puck for his sixth goal of the season at 4:01 of the first.

The Ice Bears doubled their lead before the first intermission with Cuthrell’s one-timer at 16:35. Gehrett Sargis skated the puck into the zone and fed it to a waiting Cuthrell in the left circle. Stewart got a piece of the blast, but the puck slipped through his glove and blocker and found its way into the net.

Macon cut the deficit in half at 8:53 of the second when Zach Urban centered the puck from the right corner to Colton Wolter right in front of the crease. Wolter redirected the puck between Murdaca’s pads for the only goal of the second period. Both teams went 0 of 4 on the power play with Macon getting a pair of opportunities in the third, but couldn’t convert. Stewart finished with 24 saves for the Mayhem.

Both teams will head to Alabama to close out the weekend. Knoxville will visit Huntsville to take on the Havoc on Saturday night. Macon will travel to Birmingham to face the Bulls.

ABOUT The Knoxville Ice Bears: The Knoxville Ice Bears organization began in 2002 and was an inaugural charter member of the Southern Professional Hockey League (SPHL) in 2004. As four-time SPHL Champions, the Ice Bears are an experienced and established organization, offering the city and its’ visitors a balanced product of highlight-reel hockey, unique and exciting intermission activity and endless fan interaction, presenting the most affordable, family-friendly way to enjoy sports and entertainment. Season, Partial Season and Flex Tickets are now on sale. For more information, visit www.knoxvilleicebears.com or call (865) 525-7825.