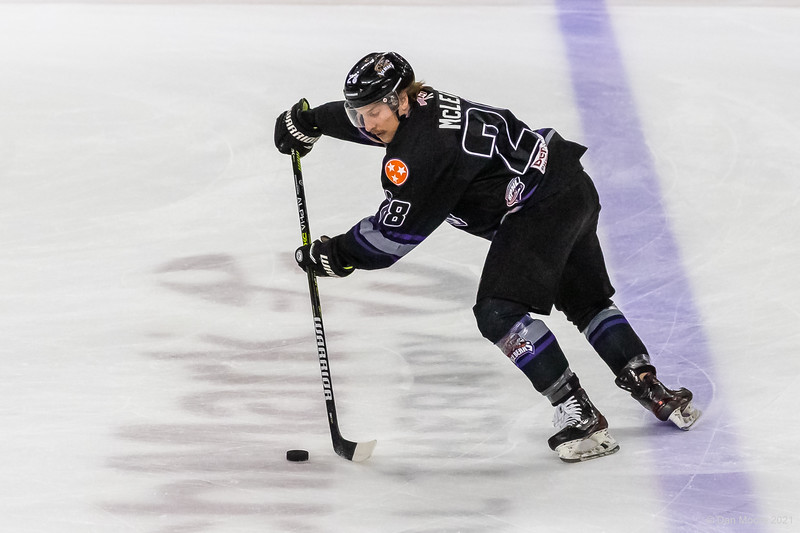 Andrew Bellant scored 2:16 into the overtime period and the Ice Bears rallied to stun the Birmingham Bulls 3-2 at the Pelham Civic Center Friday night. Knoxville improves to 2-0 on the season. The Bulls fall to 0-1-2.

Bellant scored the game-winning goal when he carried the puck from the right circle into the slot. He held the puck until he reached the right hash and fired a snap shot that beat Austin Lotz for his first professional goal.

Knoxville tied the game with six seconds left in regulation when Bellant fed Andrew McLean in the left circle. The Ice Bears were on an extended power play after David Nippard was given a five-minute major for spearing and a game misconduct.

Knoxville took advantage despite only going 1-for-8 on its first eight power plays. McLean’s goal forced overtime and Bellant’s winner allowed the Ice Bears to finish 3-for-9 with the man advantage on the night. Birmingham went 0-for-3 on the power play.

Russell Jordan scored first for Birmingham on a two-on-one at 6:33 of the first. Mike Davis stole the puck from Cody Rodgers at the blue line, skated down the ice and fed the puck to Jordan in the right circle. Jordan’s one-timer beat Jimmy Poreda to put Birmingham in front.

Stepan Timofeyev tied the game on the power play at 13:22 with a wrist shot from the left circle. Alex Pommerville took the puck into the slot from the neutral zone and found Timofeyev to his left. Timofeyev buried the puck above Lotz to tie the score before the first intermission.

Jordan scored again for the only goal of the second period at 4:08 to give Birmingham the lead after 40 minutes. Davis possessed the puck in the right circle and found Jordan sitting on the backdoor of the crease for an easy tap-in to make it 2-1.

Poreda made 21 saves for his second win of the season. Lotz stopped 39 shots as the Ice Bears outshot the Bulls 42-23.

Knoxville has the rest of the weekend off before it returns home for a two-game weekend against Pensacola next Saturday and Sunday. Birmingham hits the road to play Evansville on Saturday.