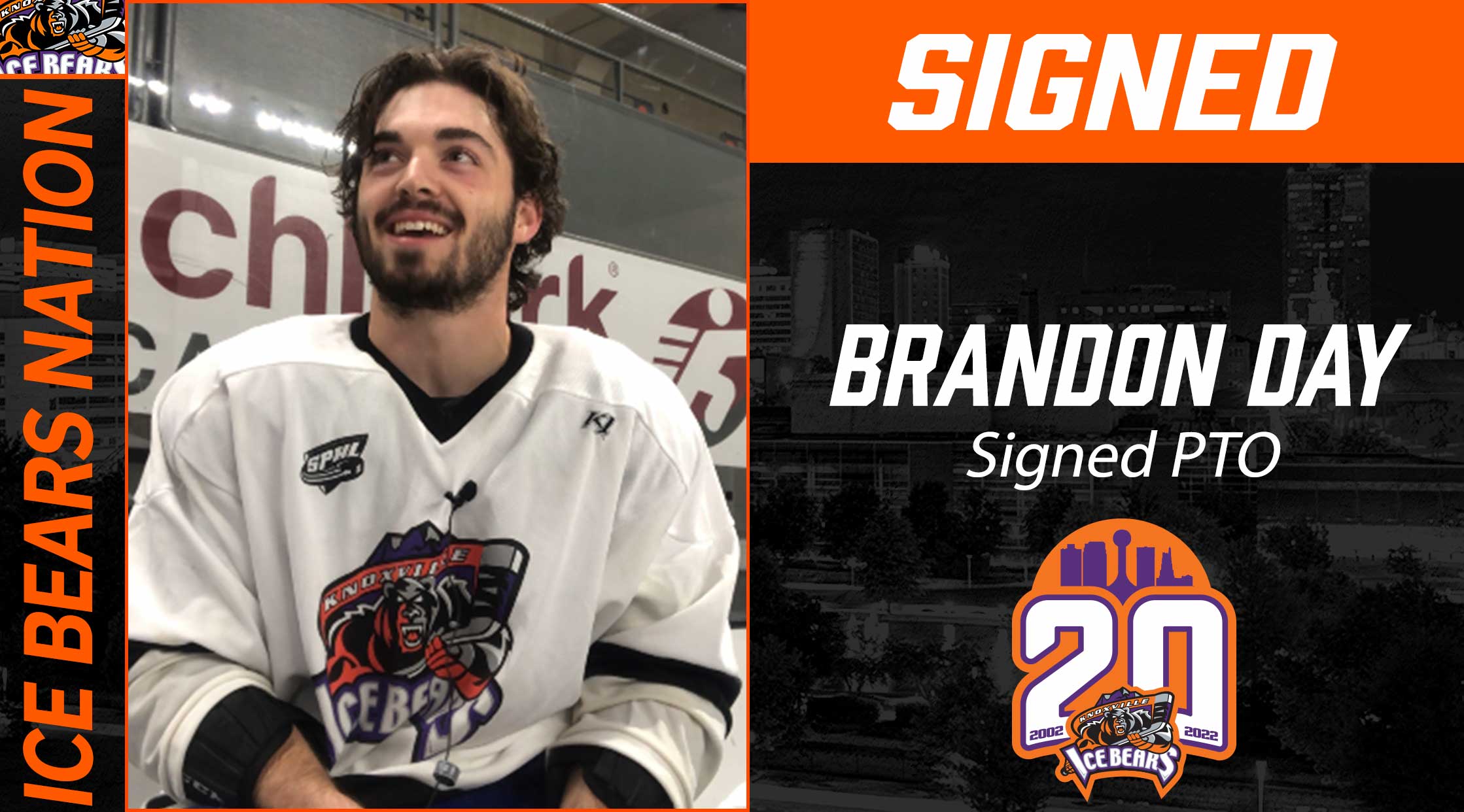 The Knoxville Ice Bears have signed forward Brandon Day to a PTO for training camp this week. Day was a participant at Knoxville’s Free Agent Showcase in September. He comes to Knoxville following his collegiate career with Christopher Newport University in the ACHA.

“At free agent camp, we saw a lot of how [Anthony] McVeigh plays in his game,” said Ice Bears Head Coach Jeff Carr. “He just keeps plugging away. He’s in good position and had a ton of chances. He took his summer training seriously. He might be in the best shape of anyone at camp and could make our opening day lineup.”

Day had 24 goals and 21 assists for 45 points in 17 games during his final season with Christopher Newport in 2019-20. His final season was canceled due to the COVID-19 pandemic.

“I think I need to be more physical,” Day said during free agent camp. “My senior season got canceled so I didn’t have any checking in hockey. It was a lot of men’s league and puck shoots. Just trying to stay in shape, but no hitting. I didn’t really get my physicality back and I think I need to get back into that.”

The 22-year-old hails from Chesapeake, Virginia. His free agent camp interview can be viewed here.

Knoxville is currently hosting players for training camp through next week. The Ice Bears will begin their 20th season on Friday, October 15 at the Civic Coliseum.