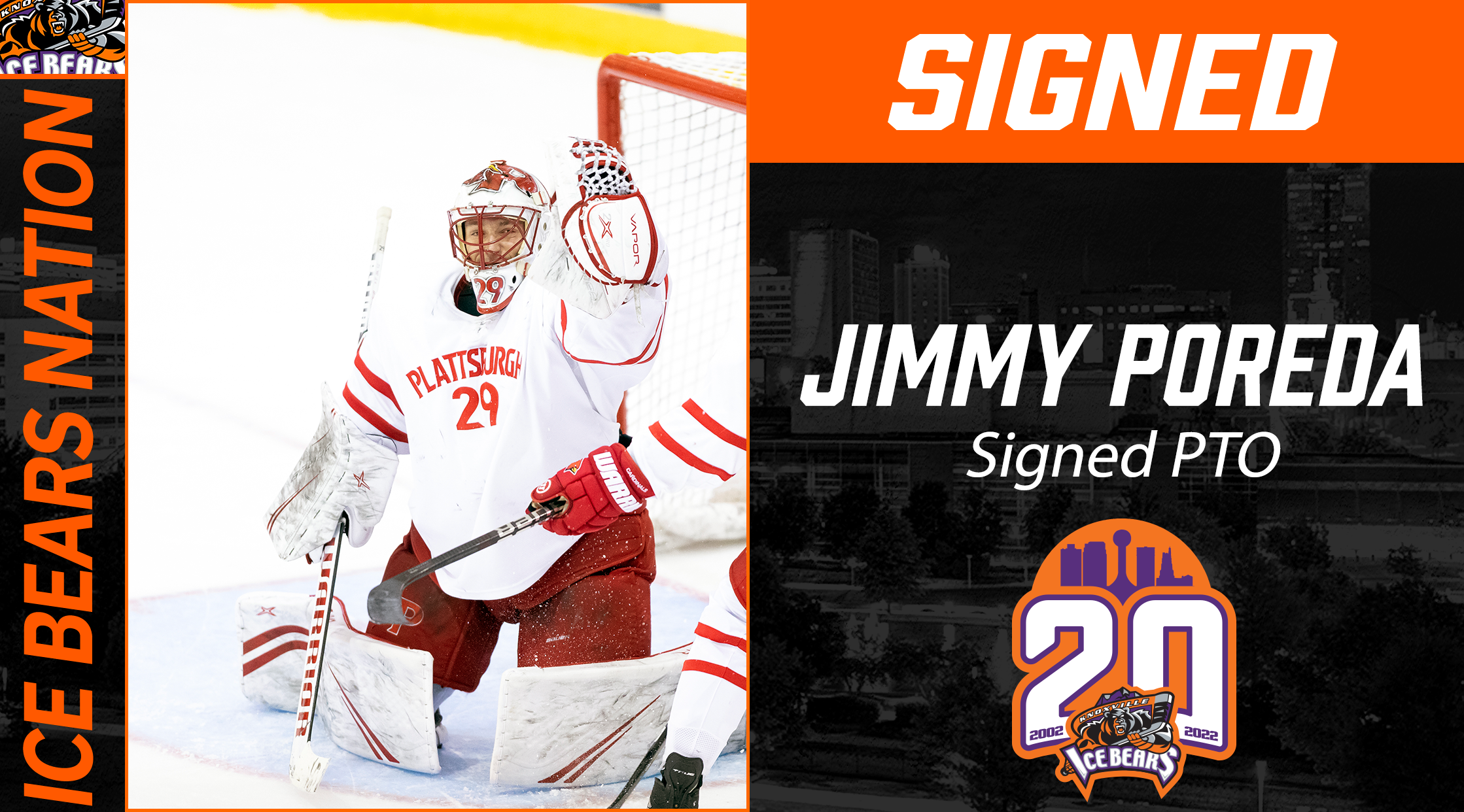 The Knoxville Ice Bears have signed goalie Jimmy Poreda to the team’s preseason camp in October. The 6’2”, 210-pound hails from Tonawanda, New York and joins the Ice Bears after spending last season with Laser HT in Finland’s Suomi-sarja hockey league.

Poreda made the move to Finland following his collegiate career at SUNY-Plattsburgh. The Cardinals did not compete last season because the SUNYAC canceled the 2020-21 hockey season due to the COVID-19 pandemic.

In 61 career games for the Cardinals, Poreda went 27-25-5 with a 2.41 goals against average and a .919 save percentage. He was an all-conference selection in 2019 after he amassed a .935 save percentage, tied for the second highest in a single season in school history.

In addition to several single-season accolades, Poreda ranks in the top ten all-time in SUNY-Plattsburgh history in saves, save percentage, goals against average and shutouts—in only three seasons.

Poreda isn’t the first SUNY-Plattsburgh netminder to play for the Ice Bears. Former Cardinal Bryan Hince spent six seasons in Knoxville after going 44-7-2 in two seasons at Plattsburgh State. Hince was the SUNYAC Player of the Year in 2009 and later was the SPHL President’s Cup Playoffs MVP after helping the Ice Bears to their fourth President’s Cup title in 2015.