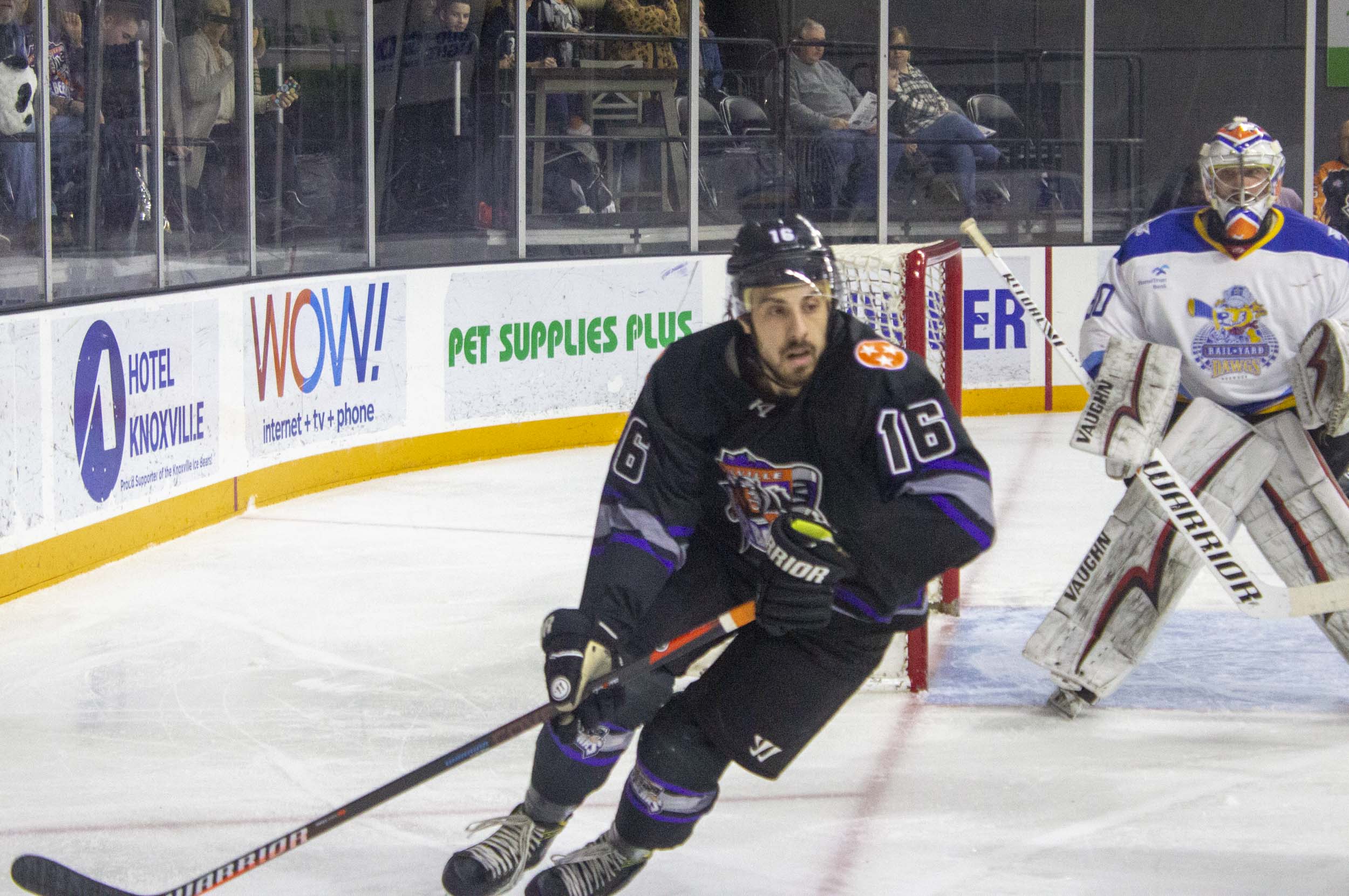 Josh Pietrantonio scored at 4:41 of the overtime period and the Knoxville Ice Bears beat the Roanoke Rail Yard Dawgs 4-3 at the Civic Coliseum on Saturday night.

The Ice Bears are 5-0-1 in their last six games. Roanoke has dropped five straight.

Pietrantonio scored from right in front of the crease off a feed from Jason Price on a power play. Scott Cuthrell carried the puck to the left dot and found Price in the right circle. Price slid it inside to an open Pietrantonio, who beat Henry Dill to clinch the win for Knoxville.

Roanoke forced overtime with Marcus Ortiz’s second goal of the night. Austin Daae’s shot was stopped by Joe Murdaca and Ortiz pushed the rebound in to tie the game at 3-3 at 13:05 of the third.

Roanoke jumped ahead on the power play late in the first when Brandon Wahlin found Ortiz moving through the slot. Ortiz tracked the puck around the right circle and back to the dot, where his wrist shot went through the legs of David Brancik and beat Murdaca five-hole at 15:32 of the first.

Knoxville responded quickly when Stefan Brucato skated through the zone and across the crease to slip the puck past Henry Dill just 23 seconds into the second period. The Ice Bears took the lead when Brucato found Cuthrell wide open behind the defense and Cuthrell buried the breakaway goal to put Knoxville ahead 2-1 at 8:28.

Roanoke tied the game when a pass through the neutral zone was intercepted and led to a 3-on-2 for the Rail Yard Dawgs. Josh Nenadal’s shot was blocked by Murdaca and Daae put it in off a rebound from the slot at 10:23.

Dwyer Tschantz took the puck away from Travis Armstrong in the left corner and towards the crease. Armstrong’s close-range shot was stopped, but Bryce Martin failed to clear the puck and Anthony McVeigh flipped it over Dill to give the Ice Bears a 3-2 lead heading into the intermission.

The Ice Bears head to Evansville Friday night to take on the Thunderbolts. Roanoke wraps up the weekend with a trip to Huntsville Sunday afternoon.