Knoxville falls in first round with 3-1 loss 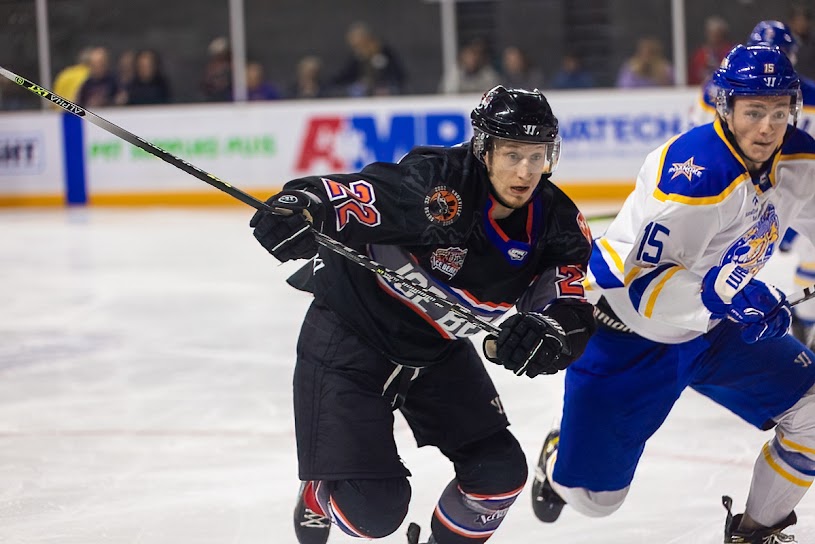 Sammy Bernard made 27 saves and the Knoxville Ice Bears fell to the Roanoke Rail Yard Dawgs 3-1 Sunday night at the Civic Coliseum to lose the first round series 2-1. Roanoke will advance to face the Huntsville Havoc. Quad City and Peoria will square off in the other semifinal.

Roanoke struck twice early with a pair of goals 1:20 apart. Gehrett Sargis scored from a sharp angle off the right side that beat Jimmy Poreda to the short side post. Mac Jansen jammed one in from the opposite side to give the Rail Yard Dawgs a 2-0 lead at 4:57. Poreda was pulled in favor of Kristian Stead following the second goal.

Stepan Timofeyev pulled Knoxville to within one with a power play goal at 11:26. Dino Balsamo fanned on a one-timer from the right side and chased down the loose puck before sending it back across to Timofeyev, who pinpointed a wrister above Sammy Bernard from the right circle for his third goal of the playoffs.

Knoxville nearly tied it before the end of the first period, but Andrew Bellant’s look from the slot was kicked away by Bernard. Anthony McVeigh teed off on a loose puck from the right hash, but hit the right post. Roanoke hit the crossbar twice during the first period.

Nick Ford pushed Roanoke back to a two-goal advantage when he got loose on a breakaway and beat Stead up high at 9:46 of the second.

Knoxville nearly converted a power play in the second period, but a backdoor look for Brady Fleurent went wide. Timofeyev had a breakaway chance from the left hash, but Bernard made a glove save to keep Roanoke in front.