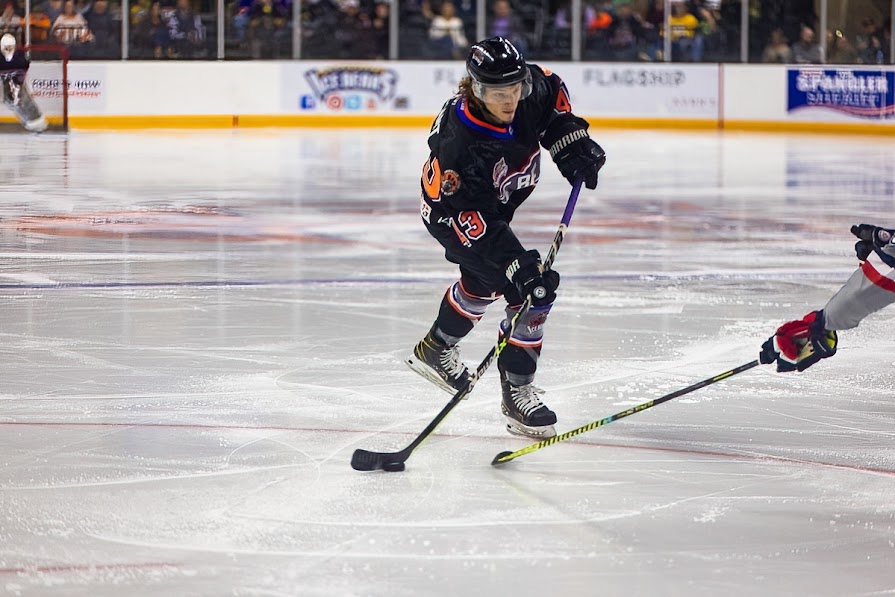 Knoxville had a potential game-tying goal waived off by referee Sean Hoppe with 2.9 seconds remaining and the Ice Bears fell to the Roanoke Rail Yard Dawgs 3-2 at the Berglund Center Friday night.

A shot from the right wall hit Sammy Bernard in the crease and the rebound was left in the blue ice. In a mad scramble for the puck, Andrew Bellant poked the puck into the net, but Hoppe immediately waived off the goal. The call was upheld after a brief conversation among the officials.

Bellant scored the lone goal of the first period for Knoxville at 3:06. Taylor Stefishen worked the puck from behind the net to the right wall for Kyler Matthews. Matthews’ shot from the perimeter bounced off Sammy Bernard and Bellant managed to turn the skipping rebound back on net for his 18th goal of the season.

Roanoke struck quickly in the second when Mac Jansen scored during a 5-on-3 power play. Nick Ford found Jansen across the zone in the left circle and Jansen’s one-timer beat Kristian Stead just 50 seconds into the second. Jansen gave Roanoke the lead at 9:12 with a rebound in front of the net.

Gehrett Sargis finished off a rush with a backhand at 17:48 to make it 3-1. Travis Broughman carried the puck into the zone, stopped at the left hash and slipped the puck across the slot, where Sargis chipped it past Stead.

Anthony McVeigh scored on the power play to bring Knoxville back to within one at 4:41 of the third, but the Ice Bears couldn’t tie the game.

The two teams will meet again at the Berglund Center Saturday night to wrap up the weekend.