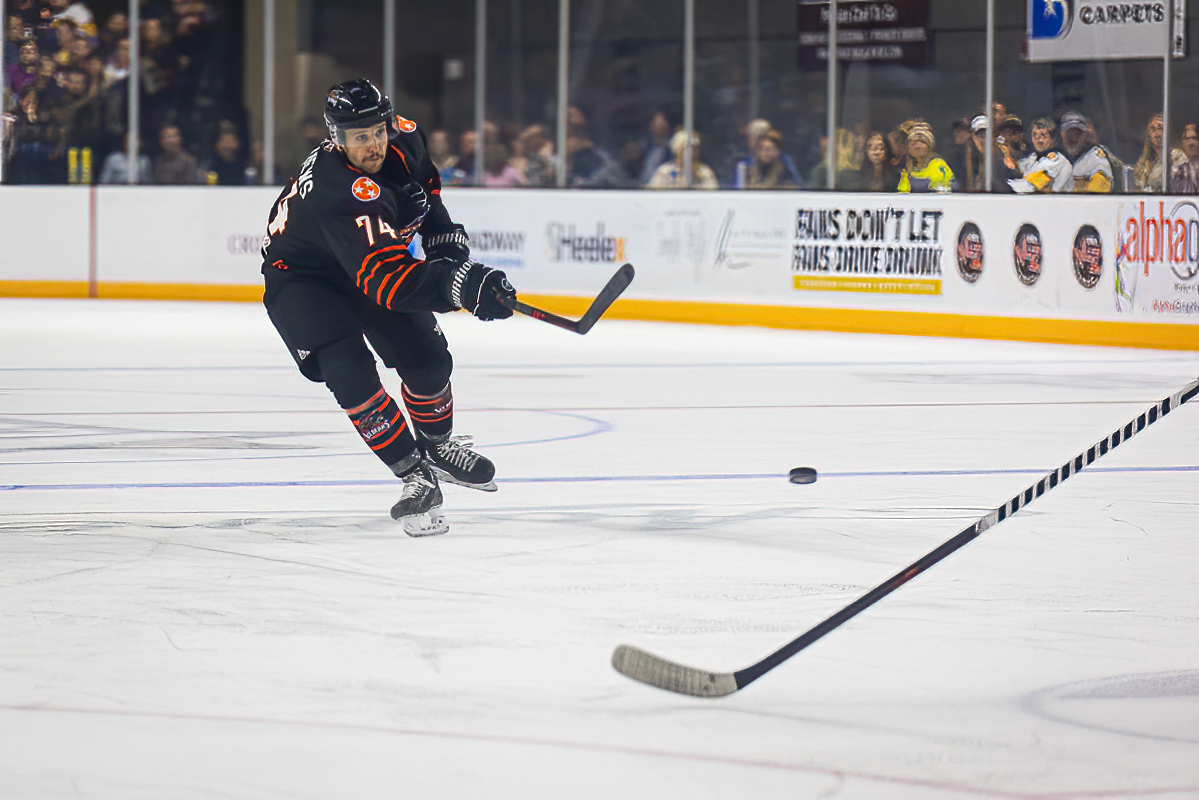 Kyler Matthews scored at 1:40 of the overtime period and the Ice Bears beat the Roanoke Rail Yard Dawgs 2-1 at the Berglund Center Wednesday

Matthews broke the tie for good on the power play when his bomb from the top of the zone made its way through traffic and found the net after Austyn Roudebush got a piece of it. The goal was Matthews’ second of the year and came on his 25th birthday.

Justin MacDonald tied the game in the third period for the Ice Bears when Brady Fleurent found him in the high slot from the right wing. MacDonald’s wrist shot beat Roudebush’s glove for his seventh goal of the season.

Billy Vizzo broke a lengthy scoreless tie when he finished a two-on-one with seven seconds left in the second period. After Knoxville turned the puck over in the neutral zone, Nick Ford broke into the zone on the odd-man rush. Ford’s saucer pass found Vizzo on the left side of the crease and Vizzo’s one-timer beat an outstretched Poreda to put Roanoke in front at the second intermission.

Knoxville returns home to host Pensacola on Friday and Saturday. The Rail Yard Dawgs remain in Roanoke and will welcome Fayetteville Friday night.