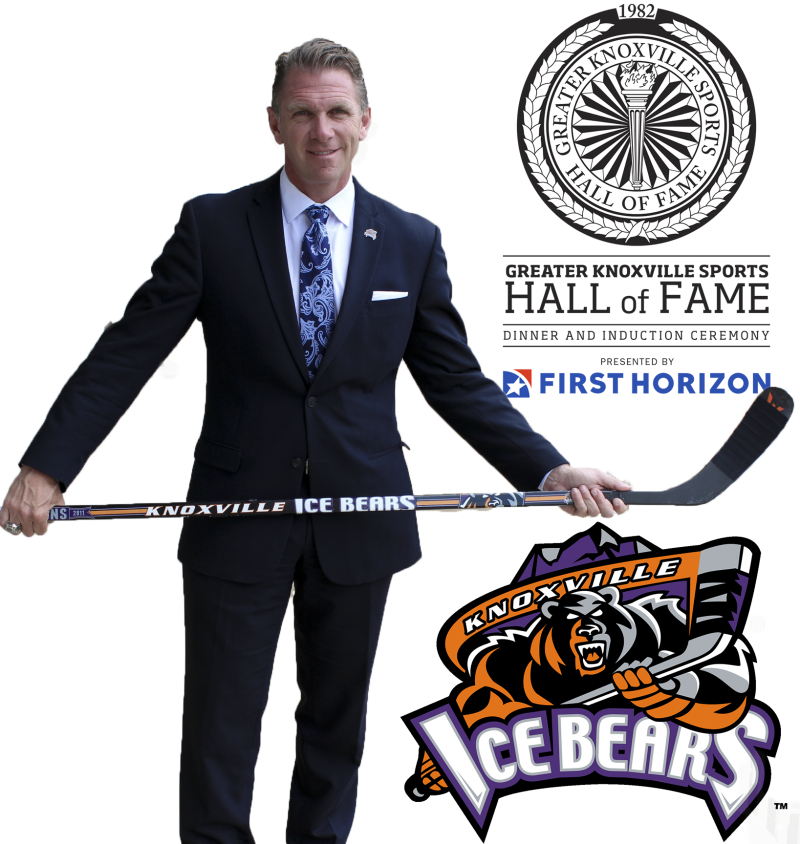 Knoxville, TN (May 22, 2020) – Mike Murray, President and General Manager of the Knoxville Ice Bears has been inducted as a member of the 2020 Class of the Greater Knoxville Sports Hall of Fame.

Murray has been an active member of Knoxville’s hockey community for 30 years.  He arrived in Knoxville to play with the ECHL’s Knoxville Cherokees for the 1989-1990 season.  After spending five seasons with the Cherokees he played 272 games and registering 295 points (125G – 170A).  Murray also played for the Knoxville Speed of the UHL and the Knoxville Ice Bears.

Due to COVID-19 and guidelines on social gatherings, the Greater Knoxville Sports Hall of Fame will host its 39th Annual Induction Ceremony, in partnership with WVLT, as a televised event. While we won’t gather together in person to celebrate the Class of 2020 and other honorees, you can still donate in lieu of a ticket or table. Your donation will provide Boys & Girls Clubs of the Tennessee Valley with the much-needed resources to continue to serve young people as we work to respond to and recover from COVID-19. All proceeds benefit Boys & Girls Clubs of the Tennessee Valley, which serves more than 9800 youth and teens at 17 Club locations in Knox, Blount, Loudon, and North Anderson Counties.

ABOUT The Knoxville Ice Bears: The Knoxville Ice Bears organization began in 2002 and was an inaugural charter member of the Southern Professional Hockey League (SPHL) in 2004. As four-time SPHL Champions, the Ice Bears are an experienced and established organization, offering the city and its’ visitors a balanced product of highlight-reel hockey, unique and exciting intermission activity and endless fan interaction, presenting the most affordable, family-friendly way to enjoy sports and entertainment.