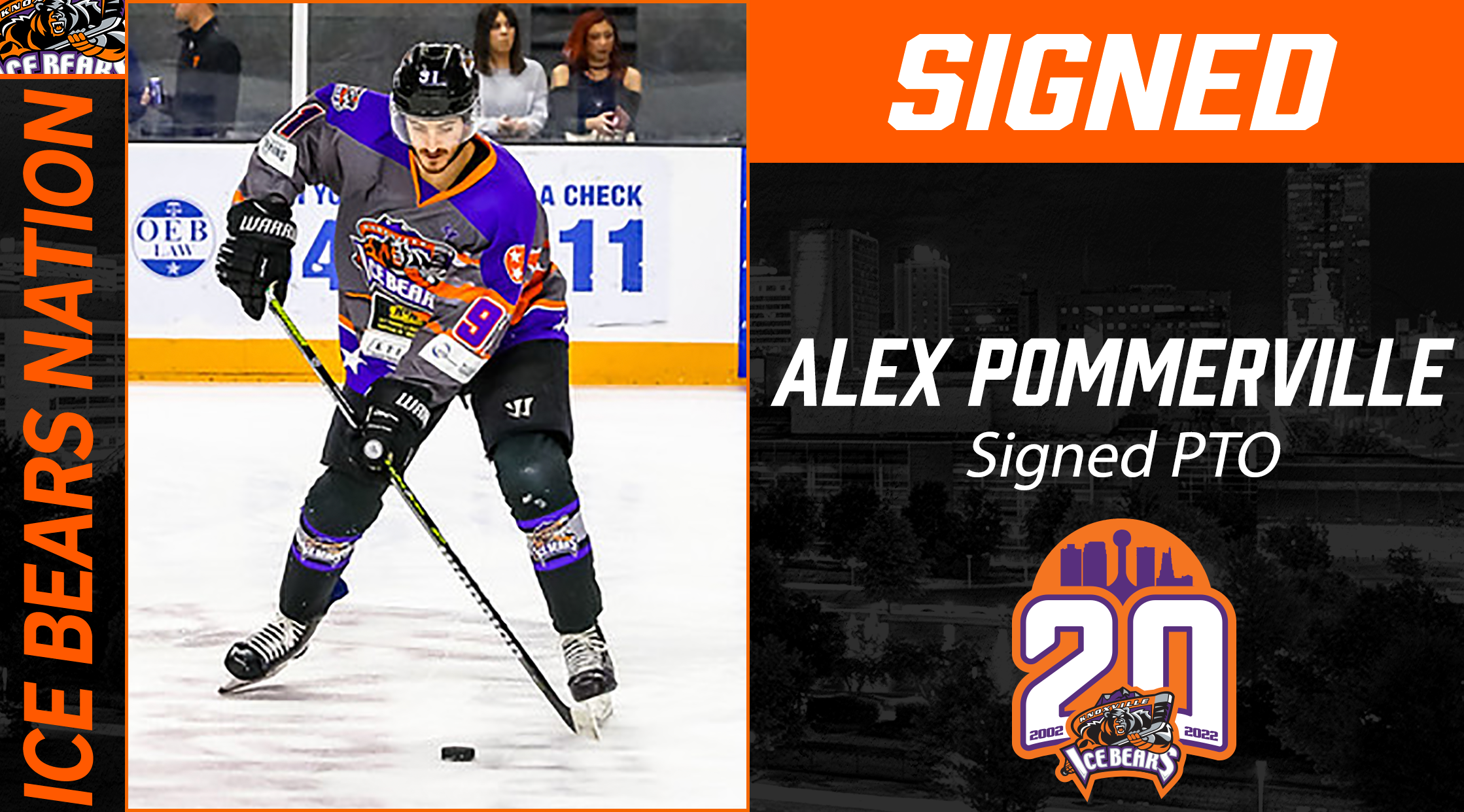 The Knoxville Ice Bears have signed defenseman Alex Pommerville to the team’s preseason camp in October. Pommerville returns to Knoxville for a second stint with the franchise after playing five games with the Ice Bears during the 2019-20 campaign.

With the COVID-19 pandemic causing many organizations and different levels to suspend operations last year, Pommerville was limited to just two games with the Columbus River Dragons in the FPHL during the 2020-21 season. He has played 74 games in the FPHL over the last three seasons. In addition, he played seven games with the Huntsville Havoc two years ago.

Prior to turning pro, Pommerville was a four-year letterman at Worcester State. He was the team captain for the Lancers his senior year and led the team to its first winning season in 20 years. He had 25 points and 89 penalty minutes in 78 career games in college.

Knoxville will host its free agent showcase September 24-25. Signed players will report to preseason camp in October. The Ice Bears begin their 20th season on Friday, October 15 at the Civic Coliseum.