Price gets nod as SPHL Defenseman of the Year 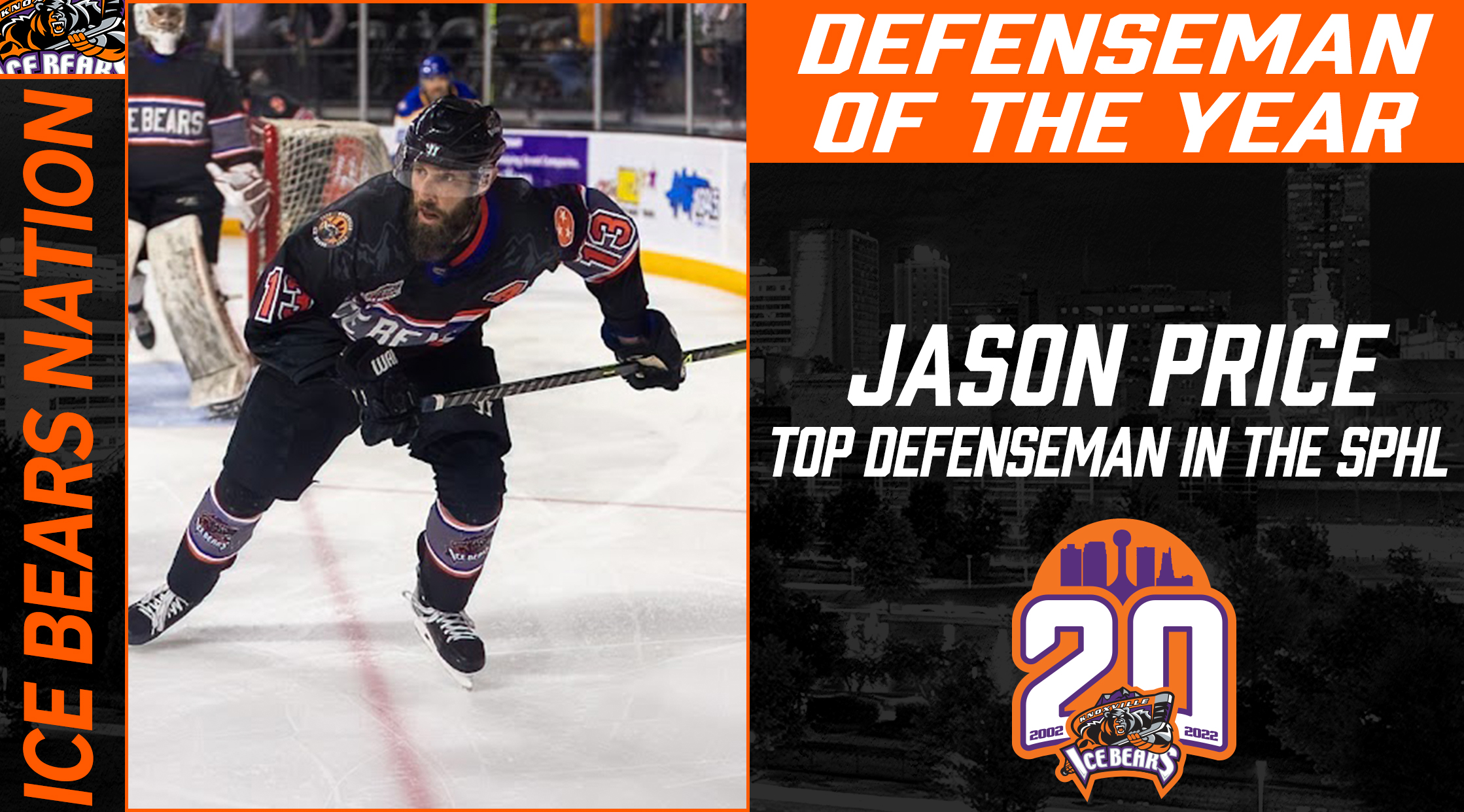 Knoxville defenseman Jason Price has been named the SPHL Defenseman of the Year, as voted on by a panel of league representatives. It’s Price’s first time winning the award after finishing as the runner-up for the honor in 2016.

Price becomes the fifth different Ice Bear to earn the nod and second in a row after Kenton Helgesen won it last year. Mark Van Vliet won the award in back-to-back years in 2011 and 2012. Kevin Harris took home the prize in 2009 and Curtis Menzul was Knoxville’s first winner in 2005.

“It means a lot. A whole great deal,” Price said. “I put a lot into this year to try to have a good season. It’s special as a player. You strive to be the best out there and be everything you can be for your team and I felt I did a pretty good job of accomplishing that this year.”

In his 14th professional season, Price scored 11 goals for Knoxville with 35 assists and a career-high 46 points, tied for the league lead among blue liners. He also led the SPHL with a +46 rating. He is the SPHL’s highest scoring defenseman ever with 312 career points.

10-Dec. 11 and a 12-game stretch with at least a point per game from Feb. 11-Mar 17. He was also a key contributor on Knoxville’s power play unit with 23 points on the man-advantage.