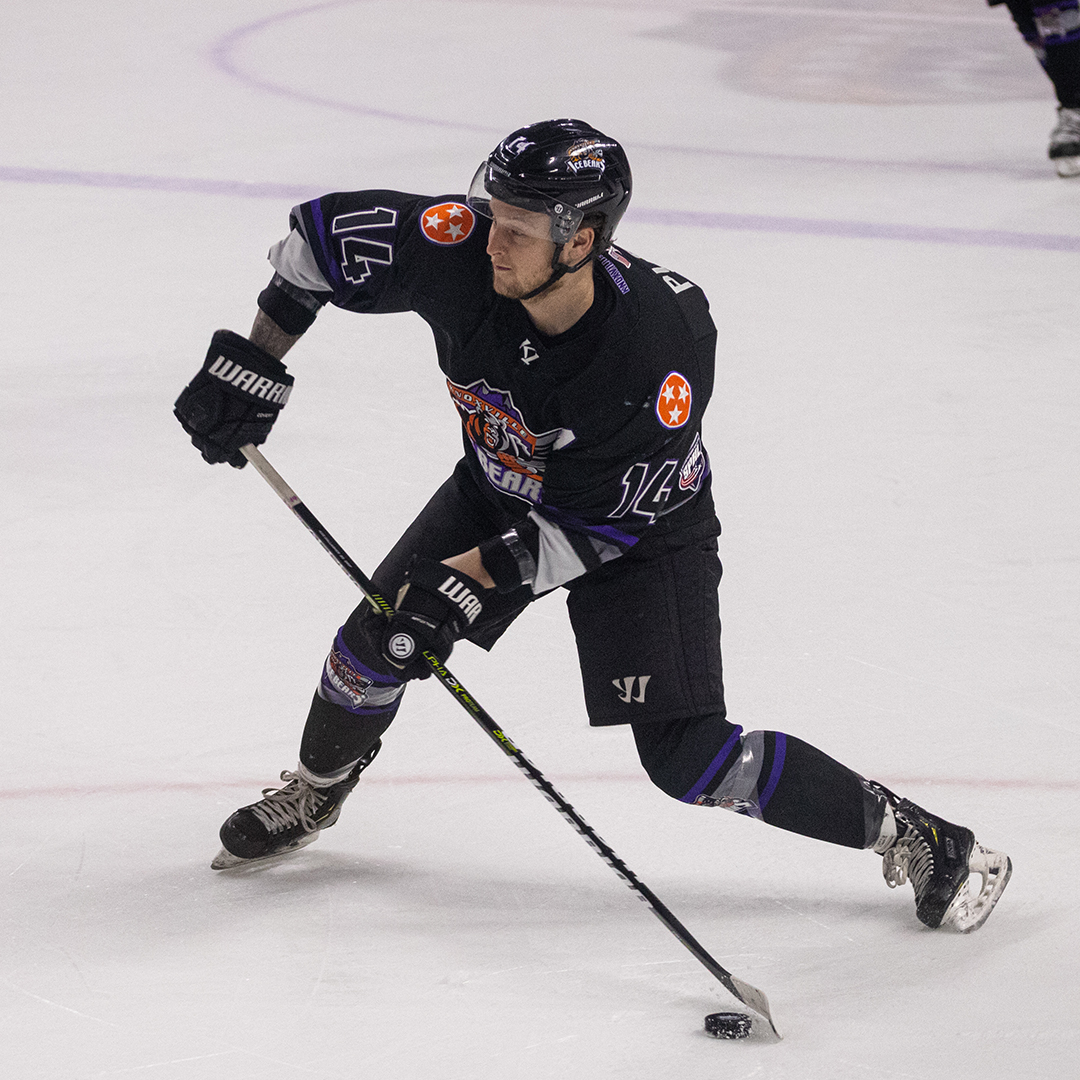 Austyn Roudebush made 28 saves for his fourth shutout of the season and the Knoxville Ice Bears defeated the Macon Mayhem 3-0 at the Knoxville Civic Coliseum Tuesday night. The Ice Bears have won two straight. The loss snapped an eight-game win streak for Macon.

Roudebush stopped several close-range shots throughout the game as Macon tried to utilize rebounds by the crease. He also denied Brian Bowen on a breakaway attempt with three minutes remaining to keep the Mayhem off the scoreboard. Roudebush now has a 1.39 goals-against average and a .950 save percentage in 15 games with the Ice Bears this year.

Brady Fleurent put Knoxville ahead with a wrist shot from the slot at 10:47 of the first. Mathieu Roy held the puck in the right circle and found Fleurent in the high slot. Fleurent wound up and uncorked a shot that beat Trevor Gorsuch glove side for his eighth goal of the year.

Kenton Helgesen gave the Ice Bears a two-goal lead right before the first period ended when his shot from the left point was deflected past Gorsuch with 11 seconds remaining. After 39 minutes of scoreless hockey, Helgesen launched the puck from behind his own goal line and hit an empty Macon net on the fly to cap off the scoring.

Gorsuch finished with 24 saves for the Mayhem. The Ice Bears concluded their regular-season home schedule with a 16-3-2 record.

Knoxville won’t play at home again until the postseason next month. The Ice Bears will visit Birmingham on Friday night. Macon is off until it plays against the Bulls at the Pelham Civic Complex on Saturday.