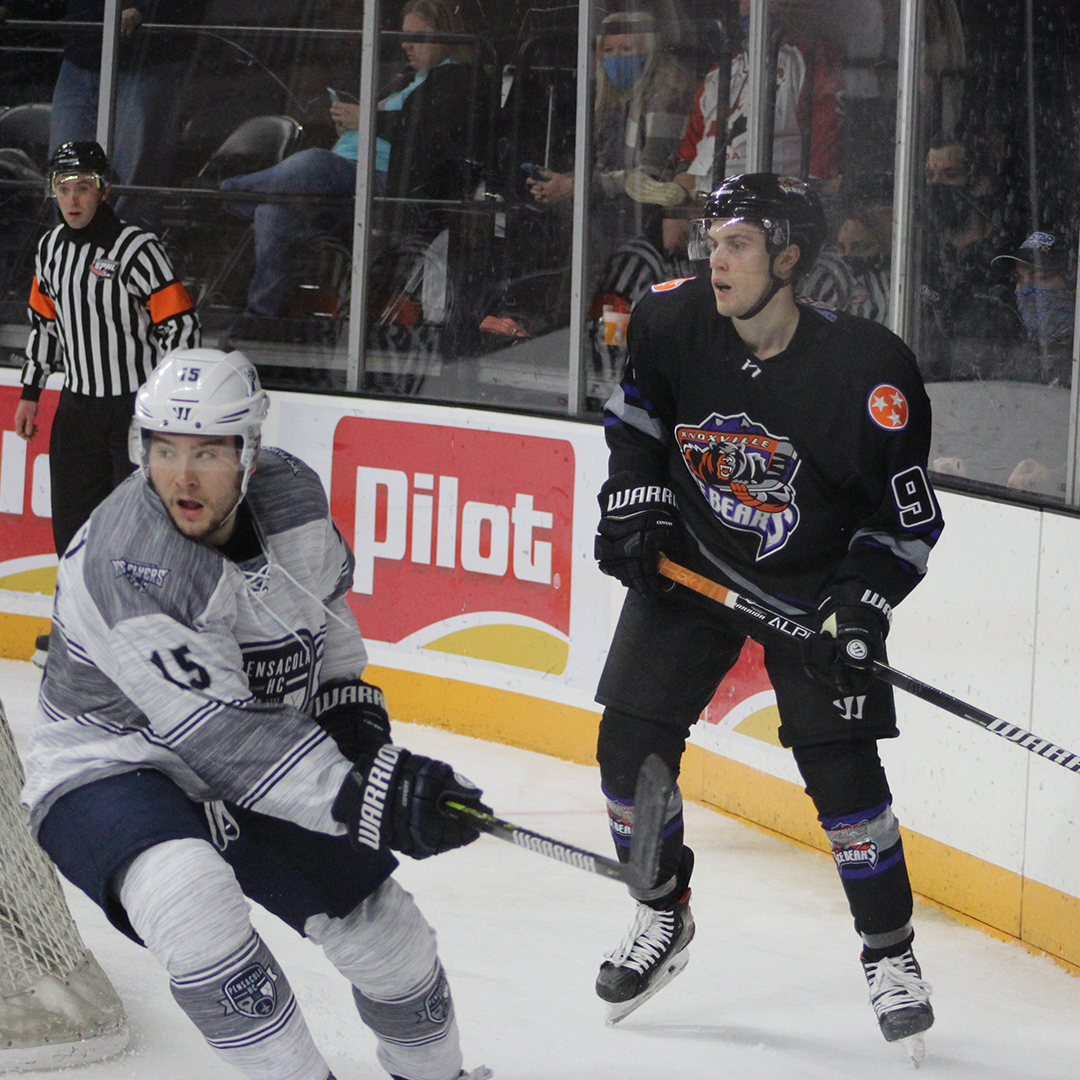 Austyn Roudebush made 23 saves, Jacob Benson and Brady Fleurent each scored a goal, and the Knoxville Ice Bears shutout the Pensacola Ice Flyers 2-0 at the Knoxville Civic Coliseum Friday night.

The Ice Bears have now won four straight at home. Pensacola has lost five of its last six.

Benson opened the scoring for Knoxville when Nick Master fed him the puck across the crease for an easy tap-in. A shot from the left point hit a body in front and the puck fell on Master’s stick. His quick pass to Benson set up the goal at 8:48 of the first.

Knoxville nearly doubled its lead midway through the second, but Chase Perry stopped Austin Plevy from right in front of the crease and held the follow-up attempt to keep the score at 1-0. Roudebush denied Brennan Blaszczak 20 seconds later on an open attempt from the slot.

Roudebush flashed the glove to deny a one-timer by Zach Walker six feet in front of the crease to keep the Ice Bears in front. He stopped a point-blank shot with less than a minute remaining before Fleurent scored on an empty net to seal the win for Knoxville.

The two teams will face off again at the Coliseum on Saturday night.