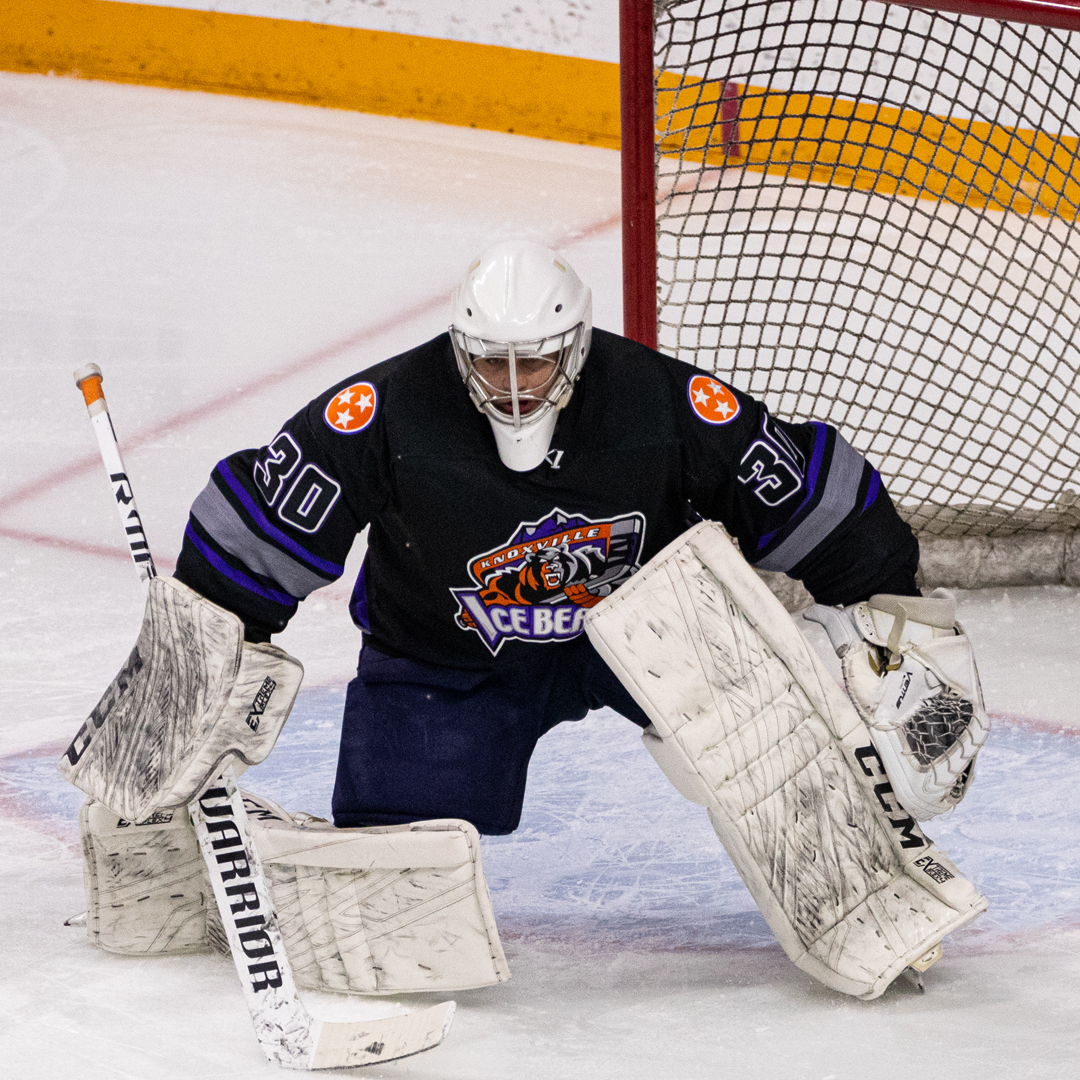 Austyn Roudebush made 35 saves for his second shutout of the season and the Knoxville Ice Bears blanked the Macon Mayhem 4-0 on Sunday afternoon. Knoxville has won five straight games and seven in a row at home. Macon had a ten-game point streak snapped with the loss. The Mayhem were 9-0-1 in their previous ten games entering Sunday.

Colton Heffley opened the scoring when he put back a rebound on the left side of the crease 29 seconds into the game. A shot from the right side by Anthony McVeigh hit a body in front and bounced right to Heffley for his third goal of the season.

McVeigh added to Knoxville’s lead when a rebound popped out to the slot on the power play and he put it past a fallen Ryan Ruck at 4:01 of the second.

Macon had an opportunity in the final moments of the second to draw within one, but a pair of saves by Roudebush and a blocked pass from Jacob Benson on the penalty kill kept Knoxville ahead by two after 40 minutes.

Mathieu Roy scored his fifth goal of the season at 6:40 of the third to make it 3-0. Brendan Van Riemsdyk carried the puck into the zone on a 3-on-2, dished it to Austin Plevy, who kicked it across the slot to Roy on the backdoor of the crease behind Ruck.

Nick Master capped off the scoring at 12:14 when he beat Ruck’s blocker from the left side after a feed from the opposite wall by Stefan Brucato. Ruck finished with 18 saves.

Knoxville will host Huntsville on Friday before heading to Pensacola for two games against the Ice Flyers on Saturday and Sunday. Macon will travel to Birmingham to take on the Bulls for a doubleheader weekend on Friday and Saturday.