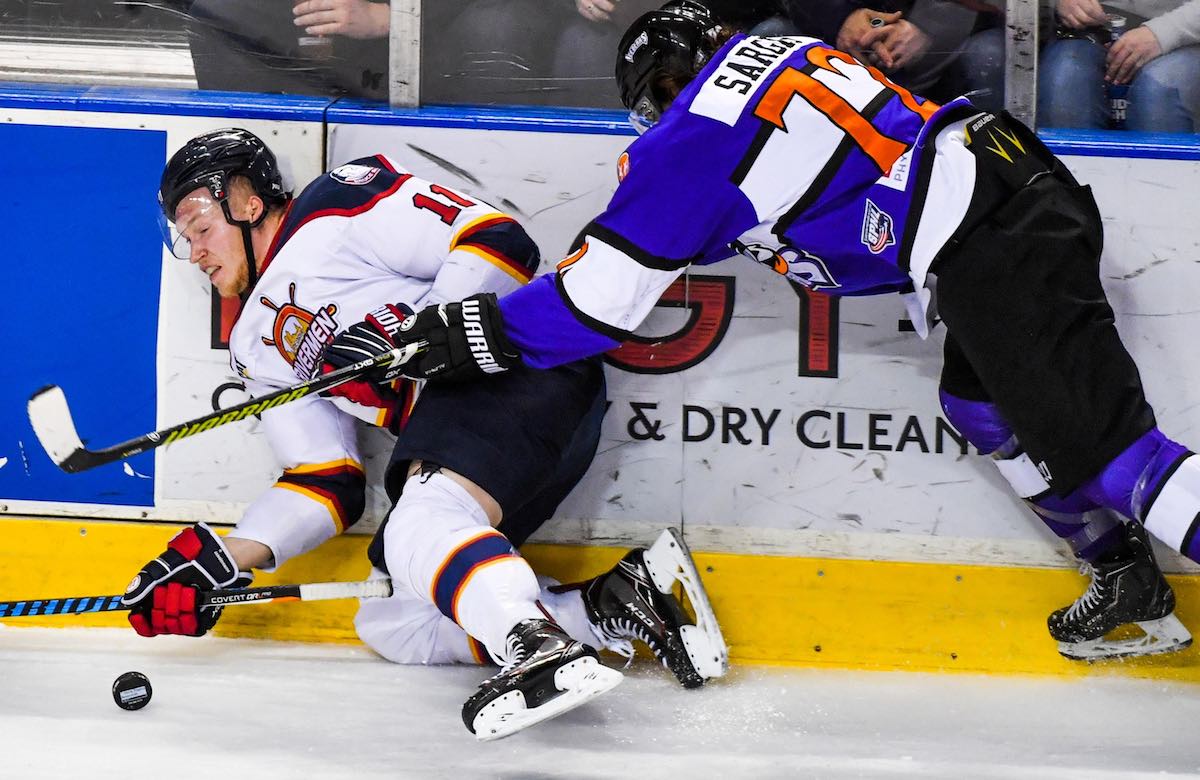 Sargis, 30, joined the Ice Bears after their 2017 Free Agent Camp and has 33 points (13G, 20A) in 100 games played for Knoxville. At Robert Morris University (ACHA), Sargis had 184 points in 125 games played, and was selected for Team USA the 2013 World University Games in his senior year.

“Sarge has been one of the strongest and grittiest defensemen on the team, for the last two years,” Carr said. “Even though he’s played as a D-man the majority of his time in Knoxville, we expect him to contribute heavily to our offense this season.”

Sargis competed his way into a Training Camp invitation in Carr’s first year has Knoxville’s head coach and has been a crucial part of the defense since. Sargis doesn’t quite match the size of his defensive teammates, but he certainly carries his share of the load by using his strength and offensive skills to dig pucks out of the corners and create chances on the attack. Another 200-foot player on this well-rounded Knoxville roster, Sargis is expected to benefit the Ice Bears on both ends of the ice.

ABOUT The Knoxville Ice Bears: The Knoxville Ice Bears organization began in 2002 and is a charter member of the Southern Professional Hockey League. As four-time SPHL Champions, the Ice Bears are an experienced and established organization, offering the city and its visitors an exciting balance of highlight-reel hockey, unique promotional activities and endless fan interaction. The Ice Bears present the most affordable, family-friendly way to enjoy sports and entertainment in Knoxville. MemBEARships and Flex Tickets are now on sale for the 2019-2020 season. For more information, visit www.KnoxvilleIceBears.com or call (865) 525-7825.