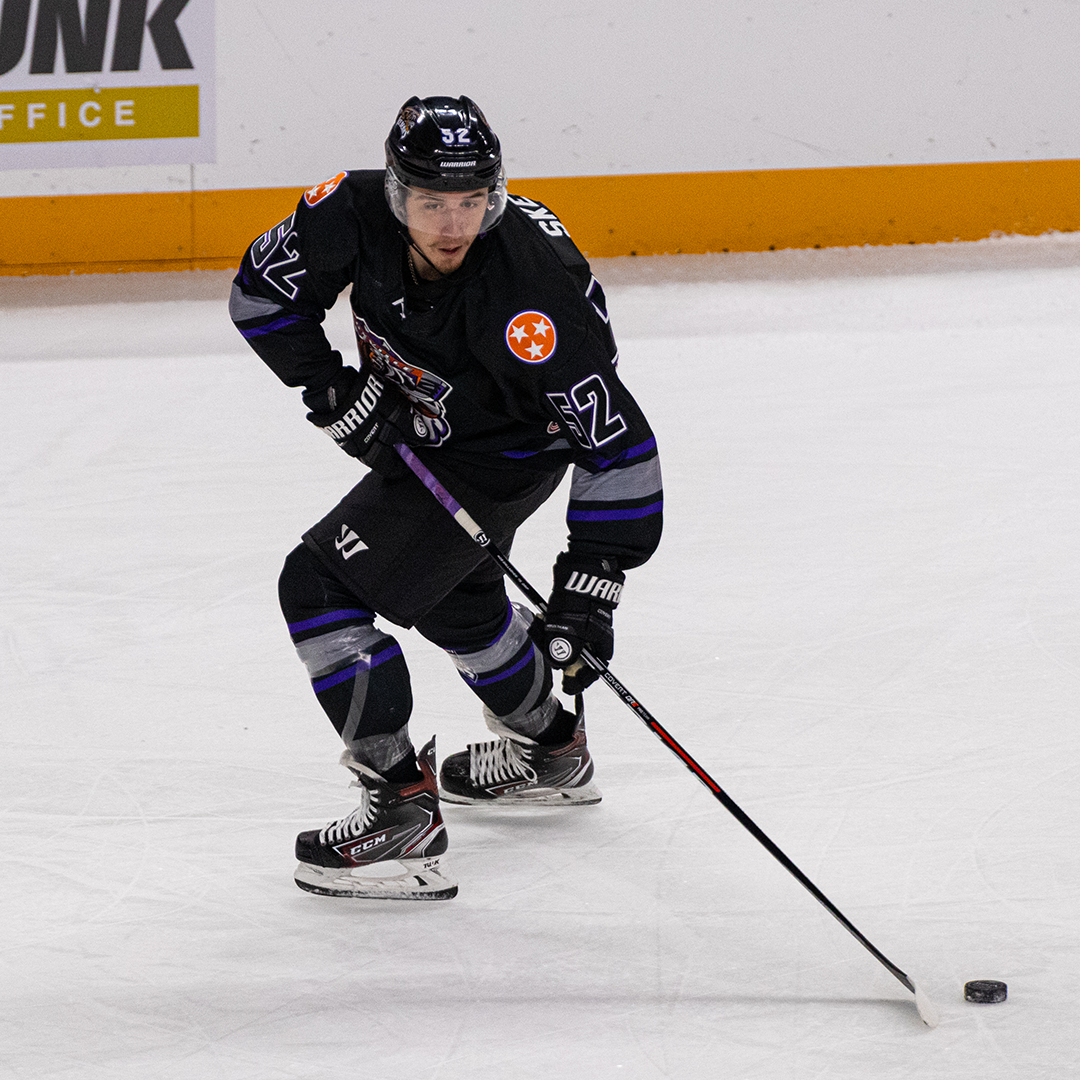 Dalton Skelly scored at 2:25 of the overtime period and the Ice Bears defeated the Birmingham Bulls 2-1 at the Knoxville Civic Coliseum on Saturday night.

Knoxville has now won three of its last four games. Birmingham has lost four of five.

Johnny Curran setup Skelly’s goal when he carried it behind the net and fed it from the right side of the trapezoid through the slot where Skelly had crashed down on top of the crease. His quick shot beat Hayden Stewart up high to give Knoxville its third straight win at home.

Kasey Kulczycki opened the scoring for Birmingham when his shot from the right circle slipped past Peter Di Salvo at 14:58 of the first.

Knoxville scored to tie the game late in the second period when Curran tapped in the puck off the left side of the crease. The puck banked from the wall behind the night and came out to Curran, who was all alone to put it past Stewart.

Curran nearly won it in regulation for Knoxville, but his breakaway attempt was stopped by Stewart with 9:02 remaining. The Ice Bears got a power play late in the third with a chance to win it, but failed to convert after Stewart stopped a redirect from the slot and a one-timer from the left circle. Stewart made 35 saves in the loss for Birmingham.

Di Salvo made 18 saves to collect his 100th career SPHL win, becoming just the second goalie in league history to reach that mark.

The Ice Bears will head to Huntsville on Tuesday to face the Havoc and won’t play at home again until February 26. Birmingham will host Knoxville next Friday.