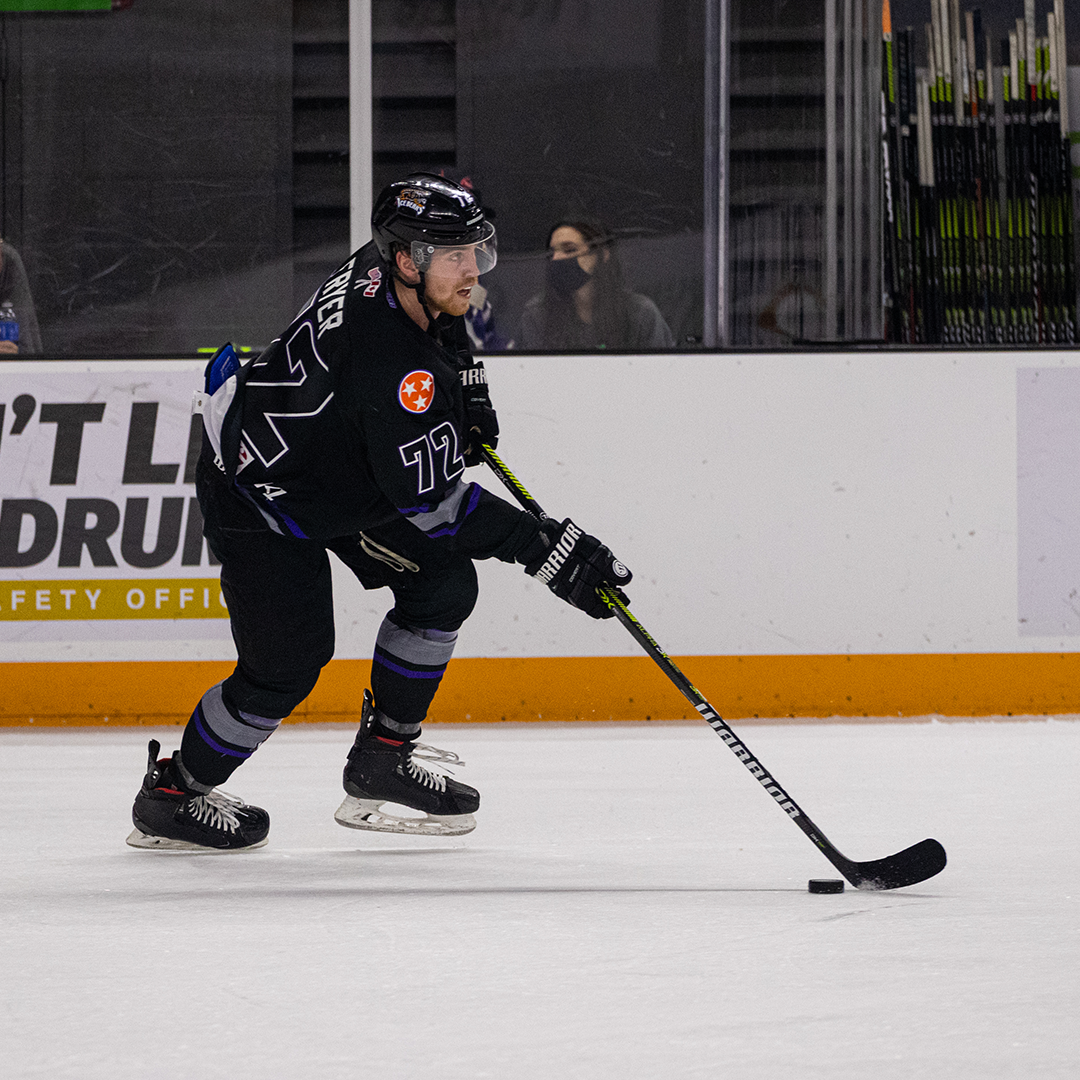 Brendan Van Riemsdyk, Callum Fryer, and Anthony McVeigh all scored on the power play and the Ice Bears completed a weekend sweep of the Pensacola Ice Flyers with a 4-1 win at the Knoxville Civic Coliseum on Saturday night.

The Ice Bears have won five straight games at home. Pensacola has now lost six of its last seven games.

Van Riemsdyk scored off a redirect after Andrew McLean fired a shot from the blue line. The puck deflected past Chase Perry to put Knoxville ahead at 6:17 of the first.

Pensacola tied the game early in the second when Connor Sanvido tapped in a rebound behind Austyn Roudebush at 1:17. Roudebush finished with 15 saves and stopped 38 of the 39 shots he faced in his debut weekend for Knoxville.

Fryer beat Perry’s blocker with a quick wrister at 6:59 for the first professional goal of his career. Van Riemsdyk found him in the high slot before his shot beat the Pensacola goalie low to the left side. McVeigh extended the lead for Knoxville with 53 seconds remaining in the period.

Austin Plevy scored his seventh goal of the season on an empty net with eight seconds left in the game. Perry finished with 26 saves.

Knoxville will next head to Birmingham on Thursday before home games on Friday and Sunday. Pensacola will travel to Macon to face the Mayhem on Tuesday night.