Timofeyev back for second season in Knoxville 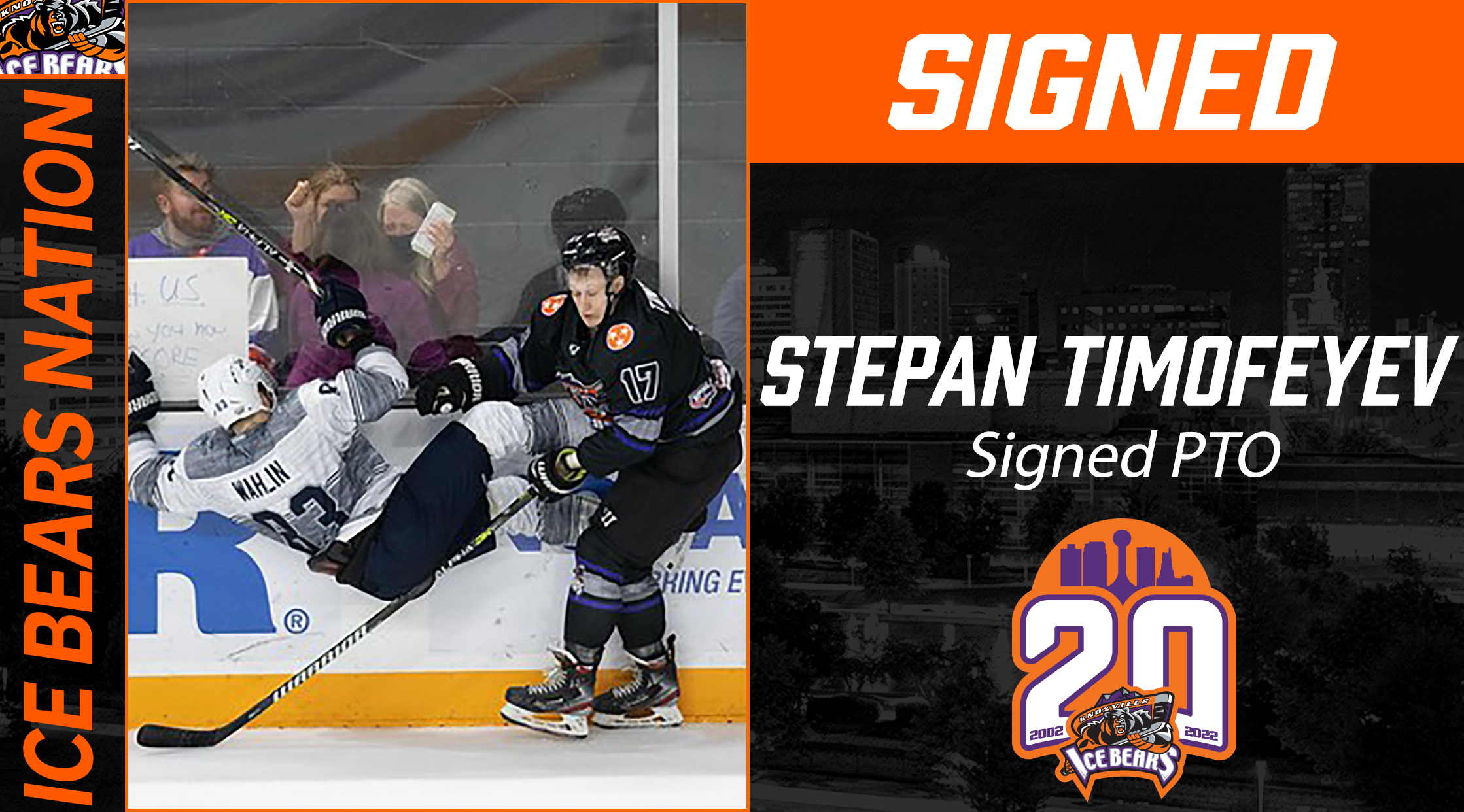 The Knoxville Ice Bears have re-signed forward Stepan Timofeyev for the team’s preseason camp in October. Timofeyev returns to Knoxville after appearing in ten games for the Ice Bears last season. The 5’9”, 162-pound wing will be in his fifth pro season after a successful junior career in both Russia and Canada.

“I think he’s the wildcard of the league this year,” said Ice Bears head coach Jeff Carr. “He’s so deeply motivated to be the best he can be for himself and for his teammates.”

The St. Petersburg, RUS native first caught Carr’s attention during the 2019-20 SPHL season while Timofeyev was with the Macon Mayhem.

“I thought there were moments where he was their best player,” said Carr. “He’s going to be given a role this year. He did all the little things for us last year that showed us he was smart and getting better. He just didn’t get the opportunity because of where our roster was at.”

Timofeyev spent his rookie year with Port Huron in the FPHL and has spent at least a portion of each of the last three years with Elmira. He has 123 points in 83 career FPHL games.

“I think what he’s going to do offensively is come in here with his confidence and warrant playing time through his game,” said Carr. “We always said if he could’ve gotten the opportunity to have a big game the floodgates would’ve opened for him. I thought he was one of our best players in the playoff game down in Pensacola.”

Knoxville will host its free agent showcase Sept. 24-25 with signed players reporting for preseason camp in October. The Ice Bears will open their 20th season on Friday, Oct. 15 at the Civic Coliseum.